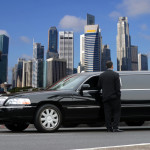 The father of the banking intern who died after working for three nights in a row has said “something needs to change” to prevent a similar tragedy happening again. He called for the UK government to introduce stricter employment legislation to protect ambitious young workers from burning out – but admitted his son Moritz Erhardt was had been “exploiting himself” by working “excessively” during his summer placement at Bank of America Merrill Lynch.

Moritz’s death in August raised questions about the high expectations placed on graduates doing tough City internships. But his dad Hans-Georg Dieterle, 51, told the Observer that the bank wasn’t exploiting his son – and he does not blame them for not spotting the signs earlier. He told the reporter that if he feels any anger it is only “with Moritz for not having taken care of himself.”

Moritz, 21, was nearing the end of a £6,000 seven-week placement at the bank’s London offices when he was found dead in his east London flat. According to friends, he had worked a 72-hour shift in the days leading up to his death, stopping only to go home in the early hours for a shower before intending to return to the office. Colleagues raised the alarm when he did not turn up to work.

Hans-Georg said he could imagine that part of what Moritz loved about the work was the intensity that developed during those long days and nights in the office, comparing it to the endorphin rush experienced by long-distance runners or mountaineers who push themselves to climb further without oxygen.

Bank of America Merrill Lynch has already announced a review into its working practices and Hans-Georg told the Observer reporter that its staff could not have been more supportive in the aftermath of Moritz’s death.

But when asked if the long-hours internship culture was due for an overhaul, he replied:

“I think it’s in Merrill Lynch’s own interests to make sure that such things don’t happen any more. But the labour market has its own dynamics. In the context of globalisation, Merrill Lynch is just a small player and something needs to change. I do really hope the British government will now start revising working hours and employment laws. I think it’s the government that has to pass the legislation. In Germany, everyone has the right to rest between shifts, from a trucker to a surgeon.”

Bank of America Merrill Lynch has already announced that a working group will look into working practices at the firm. Hans-Georg said he hoped the government would follow the German lead and introduce more stringent employment legislation. The results of the postmortem are not yet known, but his dad believes Moritz – who had experienced minor epileptic episodes in the past – suffered a seizure brought on by exhaustion and subsequently drowned in the shower.

Hans-Georg said this might not have occurred had his son been working in his home country. “In Germany, everyone has the right to rest between shifts, from a trucker to a surgeon,” he said. His son had completed an internship with the KPMG consulting group in Frankfurt in 2012 which had been less taxing than the London placement in terms of hours worked. “I think he worked really hard there, but not so excessively [as in London],” he said.

As a result of strong employment protection legislation, German workers put in fewer hours than many of their European counterparts, but are more productive per hour. In August, Germany’s employment ministry banned its managers from calling or emailing staff out of hours except in emergencies, in a move intended to prevent employees from burning out.

Hans-Georg said that his son, a student at the WHU-Otto Beisheim School of Management in Vallendar in Germany, was enjoying his internship and pushed himself to work hard in order to impress his superiors. Senior staff at Bank of America Merrill Lynch were preparing to offer Moritz a full-time £45,000 a year a year job after graduation. A statement released after his death described him as “a highly diligent intern at our company with a bright future”.

Hans-Georg said that the family had been deeply upset by media coverage of his son’s death. One particular German news article prompted a stream of vitriolic online abuse from people commenting that they wished more bankers like Moritz had died. It was also claimed that Moritz modelled himself on Gordon Gekko, the fictional character portrayed by Michael Douglas in the 1987 film Wall Street, after a photograph emerged of the 21-year-old wearing a pinstriped shirt and red braces. But Hans-Georg said that his son had only worn those clothes for a costume party.

*CAN THE GOVERNMENT STOP AMBITIOUS INTERNS ‘SELF EXPLOITING’?
Would tougher rules on working hours help to protect young workers from pushing themselves too hard? Have you ever done a long-hours internship, in finance or any other industry? What were your hours – and were you properly supervised?