At last! New spot-checks and warnings for firms that advertise unpaid internships 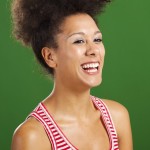 -FREE ROLES TO BE WARNED BY HMRC

Officials are to send letters to 200 employers who have recently advertised unpaid internships, as part of the government’s battle to prove to young people that it is serious about clamping down on the widespread problem of unpaid internships, which has been ignored for too long.

Today politicians have promised that stern warnings will alert businesses that HM Revenue and Customs (HMRC) – responsible for enforcing the minimum wage law – will shortly be carrying out a series of spot-checks to make sure employers who have  advertised unpaid internships are paying all their workers the wages they are owed.

The move represents a major U-turn on the government’s views, after a spokesperson for Nick Clegg told Graduate Fog only two months ago that he was against banning adverts for unpaid internships, fearing this could create “unintended consequences” including a “black market” for the best opportunities, as only those with the contacts would hear about them. This put him at odds with Milkround, TargetJobs, the Guardian and several other big job boards who joined Monster and Total Jobs who promised us they would remove adverts for illegal unpaid internships from now on.

And the government has today promised to give more support to interns, publishing new, clearer advice for young workers to help them understand their rights and what to do if they are exploited. Employment Relations Minister Jo Swinson has unveiled guidance produced by the Department for Business, Innovation and Skills (BIS) in collaboration with 4Talent – Channel 4’s in-house scheme offering internships and apprenticeships for young people looking for a career in the creative industries.

The new video and posters will clearly explain to people leaving education and making their first step on the career ladder what their rights are in relation to being paid the National Minimum Wage (NMW), where to go for more information and what action they can take if they feel they have been exploited.

Interns and potential interns will also benefit from a concise guide on what to expect from a high-quality internship, and what interns’ rights are with regard to pay. Published by Graduate Fog’s friends and fellow campaigners Intern Aware and Bournemouth University on behalf of the Gateways to the Professions Collaborative Forum, and supported by BIS, this has been developed as a supplement to the Common Code of Best Practice for Internships. Gus Baker, co-founder of Intern Aware said:

“It’s fantastic that after such a long time the government is moving forwards and starting to tackle the issue of unlawful exploitative unpaid internships. However we are yet to see the impact of this on the ground. Too many employers feel they can get away with asking young people to work for nothing.”

“Leaving education and getting a job for the first time can be daunting for any young person. Internships can provide an important first step and are often a valuable way of helping young people start work. They should be open to everyone in a fair and transparent way.

“To do this, we have to give young people the information and support they need so they are less likely to be exploited. This is why I’m delighted to launch the new video and posters produced with 4Talent today.

“Not paying the National Minimum Wage is illegal and if an employer breaks the law, government will take tough action. Already this year HMRC has issued penalties to 466 employers. Anyone considered a worker under the law should be paid at least the minimum wage, whether they are an intern, or someone on work experience.

“Anyone who feels they are being exploited should contact the Pay and Work Rights Helpline on 0800 917 2368. Any intern calling that number will prioritised by HMRC.

“We will continue to work closely with HMRC to clampdown on rogue employers. The targeted letters being sent to employers advertising internships today is just one example of this work. By raising awareness of NMW rates and the law we will make sure people play by the rules and treat their workers fairly.”

HMRC has also revealed today the results of enforcement activity focused on London Fashion Week as the fashion industry often takes on a high number of interns. HMRC checks made sure that all businesses now pay proportionate expenses and enforcement action identified two employers not complying with NMW law and unpaid wages being repaid to two workers involved. Although it remains unclear who these were, HMRC’s Assistant Director of National Minimum Wage Michelle Wyer insisted that the campaign has been a great success, saying:

“HMRC’s London Fashion Week campaign significantly raised awareness of the legal requirement to comply with the NMW in a sector which has often ignored it in the past.

“Any employer not playing by the NMW rules needs to put things right now. Those that don’t can expect a visit from HMRC — which could result in a penalty, payment of arrears, being publicly named and shamed by BIS or a prosecution.”

The campaign, in collaboration with the British Fashion Council, began during fashion week in 2012 to raise awareness of NMW with employers in this sector. Revisiting many of the employers in Spring this year, HMRC claim they found that had been a significant change in behaviour, with nearly 80%of businesses involved in the campaign. This included adopting NMW guidance on the use of interns and payroll, maintenance of payroll and associated record keeping which helps HMRC with future investigations to make sure businesses are paying NMW.

*WILL SPOT CHECKS AND LETTERS BE ENOUGH TO SCARE EMPLOYERS INTO PAYING THEIR INTERNS?
What do you make of today’s announcements? Are politicians finally bowing to public pressure act on unpaid internships? Do you think what they’re doing is enough to frighten employers into paying their young staff the wages they deserve for their work? Or do you think this is just a PR stunt? Do you still doubt that the NMW law will be properly enforced for young workers? Tell us what you think below…