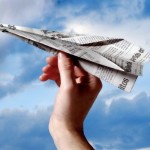 FOUNDER TANYA DE GRUNWALD ON HOW INTERNS FOUND THEIR VOICE

Graduate Fog founder Tanya de Grunwald has blasted employers who continue to hire interns and pay them less than the minimum wage, in an article she was commissioned to write for the Guardian. She praised the bravery of former interns brave – and angry – enough to stand up to the big brands who owe them money for the work they carried out during their internship.

The piece includes a round-up of the progress made by interns around the world in 2013, including several high profile law suits and back-pay claims. Here are some excerpts:

“This isn’t about rich kids versus poor kids (or the “sharp-elbowed middle classes”, as Nick Clegg keeps insisting). The system doesn’t work for anyone except penny-pinching employers who take advantage. The percentage of parents who can bankroll their children for years is tiny. The case against unpaid internships is pretty obvious: they exploit those who do them and exclude those who can’t afford to. And the practice has been going on so long that the journalists I speak to often admit they nearly bankrupted themselves to get into the business.

“As interns have gained confidence, employers have gone quiet. I don’t read op-ed pieces from bosses defending their use of unpaid interns any more. Senior staff at advertising firms, publishing houses and PR companies would once brag to me about the trivial tasks they’d get their interns to do — including cleaning out the fridge and scooping up dog poo. They don’t any more. If they still have unpaid interns, most employers keep quiet about it.”

To read the whole article – including stories from interns working across a variety of sectors – just click here.