Why your unpaid internship could be BAD for your career (yes, really) 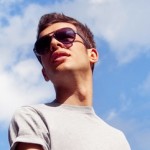 If you’re going to do an internship, make sure that it’s paid.

Graduates who do unpaid internships are no more likely to find a paid, permanent job than those who don’t do an internship at all, according to new figures. And those who have interned unpaid are also more likely to accept lower wages when they do eventually start to get paid, which has a scarring effect for their long-term career.

That means that unpaid interns lose out on two counts. They spend money on rent, travel and other living costs during their internship, where their non-interning peers save their money. And when unpaid interns do find paid work, they’re more vulnerable to being low-balled by employers determined to spend the bare minimum on their junior staff.

An American study by the National Association of Colleges and Employers found that hiring rates for those who had chosen to complete an unpaid internship (37%) were almost the same as those who had not done an internship at all (35%) (that 2% difference isn’t statistically significant). By contrast, those who had any history of a paid internship, were far more likely (63%) to secure employment.

The findings will alarm the thousands of UK graduates currently interning unpaid in the hope that it will lead to a proper, paid, permanent job in the future. If it doesn’t, then why bother at all? Conversely, this could be good news for graduates who can’t afford to intern for free, who may actually be no worse off then their peers who can.

And there is another reason to question the value of your unpaid internship – it appears that working for free leads graduates to undervalue their worth, leading to deflated graduates’ salary expectations when they finally are offered paid employment. Those with unpaid internships tended to take lower-paying jobs than those with no internship experience whatsoever (£21,700 and £22,500 respectively). Students with paid internships far outpaced their peers with an average £31,500 salary.

These salary figures sound quite high to Graduate Fog, but they make the point. For a long time, we have suspected that unpaid internships have an effect of depressing graduates’ sense of what their work is worth, as the subliminal message is “Your output is worthless”. And we have questioned the value of unpaid internships, when we know that many do not lead to a paid, permanent job but instead to yet another unpaid internship.

But we are surprised to see that the impact of an unpaid internship on a graduates’ job prospects appears to be zero. Young jobseekers are consistently told that experience is the vital missing ingredient from their CV. Is this not the case after all? Are employers actually put off by graduates who have worked unpaid, possibly seeing it as a sign that they are not very good, or do not know how to negotiate? If this is the case, they simply can’t win. So what exactly are bright, ambitious graduates supposed to do in order to secure a proper, paid job in 2014?

*DID YOUR UNPAID INTERNSHIP HELP YOU GET A PAID JOB?
What do you make of this survey? Are unpaid internships worth doing? Did yours lead to a paid, permanent job? Did it have an impact on what salary you asked for when you were offered a wage? Have your say below…