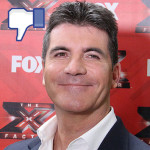 MUSIC MOGUL’S PEOPLE ASK TO SPEAK TO US “OFF THE RECORD” AFTER TOUTING FOR MULTIPLE “KEEN AS MUSTARD” INTERNS, PAYING EXPENSES ONLY

Simon Cowell has been caught up in another row about his companies’ use of unpaid interns, after one of his staff posted a Facebook shout-out advertising for “keen as mustard new interns” to work on one of his major business projects. Syco “can pay expenses, with a lunch allowance” and the internships are a “great chance for people wanting to gain experience.”

The music mogul’s spokesperson tried to speak to us “off the record” before refusing to answer our questions about how this could have happened again, given that Cowell has been investigated by officials before for having unpaid interns working on X Factor.

(We told him we don’t do “off the record” – keep reading to see the whole exchange).

The advert appeared on Facebook last week, for multiple interns to work on Cowell’s video auditions platform You Generation, a digital project run jointly by YouTube, Sony and Cowell’s company. The advert said:

“Looking for keen as mustard new interns for www.youtube.com/yougeneration/tv We’re based in central London and can pay expenses, with a lunch allowance. Great chance for people wanting to gain experience working on a fast turn around online channel. Feel free to share to anyone you think it might suit. Drop me an email at [REMOVED BY GRADUATE FOG]”

Several people stated their interest in the position, including one who asked “…just wondering if this is a paid position?” to which the response was “expenses only for this one”. When another asked her to expand on what the role would involved, the staff member said: “We’re looking for people who will get to try a variety of roles and get generalised experience, rather than just a runner position.”

When another asked: “Are you planning to keep people/someone on at the end of the internship if they do well? or is this just for experience only?” she replied: “We aren’t bringing in interns specifically with a view to hiring someone, but as you know in the industry it’s great to make contacts, and things do change.”

SEE THE ADVERT WITH YOUR OWN EYES! Click here

This is not the first time Simon Cowell has been linked to unpaid internships. In December 2011, Graduate Fog exclusively revealed that several unpaid interns were working on X Factor. The story was picked up by the Guardian and then HMRC, who agreed to investigate.

A few months later, we exclusively revealed that all unpaid interns working on the show had received compensation for their work, for the sum of several thousand pounds. None of this was announced publicly – an intern contacted Graduate Fog directly.

So we decided to challenge the people behind the advert. First, we emailed the staff member responsible for posting it, asking her to explain the advert:

I understand that Syco is currently offering multiple internships lasting three months and paying expenses only.

Can you please clarify the nature of these positions? What work is involved, what hours do the interns work, etc?

Also, if these interns are making a useful contribution to Syco, can you explain why the positions are unpaid?

After a day’s silence, she confirmed she had passed our request on to HR. Then we received this, from the Head of Media at Sony…

Hullo Tanya — I can’t see a number for you — can I call you please?

Hi Paul
What’s it about – can you email please?
Thanks
Tanya de Grunwald
Founder, Graduate Fog

Yes — its about your enquiry to [STAFF MEMBER WHO POSTED THE ADVERT], which has just been passed to me.

I think I was quite clear in the email what I would like you to address.

Would you like me to send the questions again?

I like all this correspondence to be done in writing, as it means that there is no chance you can claim that I have taken anything you say out of context.

Do you want to call me — because I’d like to speak to you off the record, but the answer to your question is we’re not. But I’d be curious as to where this has come from.

My number is [REMOVED BY GRADUATE FOG]

Sorry Paul, I don’t do ‘off the record’.

[STAFF MEMBER] wrote a brief advert on Facebook asking for multiple interns to work on the You Generation platform. Several Facebook users interested in the roles asked questions, and it became clear that the roles were unpaid and will involve real work.

The thread was then taken down.

Hi Tanya, you put us under a deadline to respond. I’ve looked into this – a Facebook posting went up for four days only and was taken down as it didn’t fit our intern policy.

We’re three months into our 2013/14 internship programme which provides year long paid internships, and which is what I’d be more than happy to talk to you about.

So can you confirm that these expenses-only internships will now not be taking place?

Or will they be taking place, but paid at least the minimum wage?

And can you also explain how a member of your staff was able to post an advert for multiple roles like this, without the necessary supervision to ensure that she was doing so within the law?

If this problem had not been flagged, would the interns have been taken on?

What action have you taken to ensure this doesn’t happen again?

Simon Cowell has been linked to unpaid internships before, when we highlighted the fact that there were unpaid interns working on X Factor in 2012. Following this story, the interns subsequently received back pay for their work.

Can you explain to me why there is seemingly so little structure around Simon Cowell’s business operations that this can happen not once but twice?

Hi I confirm no interns taken on from that FB post yes.
Not going to comment further.

Graduate Fog is disappointed that an error like this could have happened yet again at one of Simon Cowell’s companies. The majority of the worldwide audience – for both his TV shows and the acts they produce – is people under 25. He has built an empire using an instinctive understanding of what makes this audience tick. So why doesn’t he ‘get’ why it’s so important to pay young workers the wages they deserve? And why it’s such a bad look for him be associated with the practice of unpaid internships, not once but twice?

We’re pleased to hear these unpaid internships will not take place – but serious questions remain unanswered – particularly as this is not the first time one of Simon Cowell’s companies has been linked to unpaid internships.
If we had not challenged Syco, would these positions have gone ahead as planned? If these internships were not in line with Syco’s company policy, how on earth did they get as far as being advertised publicly? How was this staff member in a position to recruit interns, without being aware of company policy and the law? And how can they reassure us that this will not happen again?