Is anyone else getting annoyed about long, unpaid student ‘work placements’? 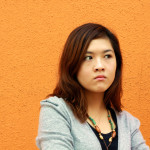 THOUSANDS PAYING TUITION FEES TO GO OUT AND WORK FOR NOTHING

Did you work for free as part of your degree course?

Graduate Fog is receiving a growing number of complaints from students who feel the work placements they are doing as part of their course are too long, exploitative and should be paid. Many are also questioning why they are paying tuition fees to their university, only to be sent out to work unpaid for a private company for up to a year, just because it’s part of a so-called ‘placement’.

Several of you have suggested that your university may be trying to find a way to cut its costs whilst also boosting your institution’s precious ’employability’ stats.

While you’re keen to make yourself as employable as possible too, you raise the point that you could go out and find your own job, which you would actually get paid for, rather than paying to do. So what value is your university really adding here?

For four years, Graduate Fog has campaigned for graduate internships to be paid at least the minimum wage – and we are starting to win this fight. But we have tended to leave student internships alone. There are several reasons for that.

First, they are legal – the minimum wage law has an exemption for students doing internships as part of their course.

Even if it looks very much like a job, if it counts in some way as credit for your degree, it is legal. We have never thought that was fair (if your work is valuable to the organisation, why should it matter whether you’re a student or not?) but there it is.

Second, this website is called Graduate Fog, not Student Fog – so we thought we’d leave that fight to someone else.

But we’re concerned that nobody seems to be picking it up. And things seem to be getting worse – some students tell us they have worked for a year unpaid, whilst simultaneously paying tuition fees to their university. That’s right – they’re paying their university while they go out and work for a private employer for free.

Is anyone else starting to feel quite annoyed about this? And has anyone heard from the  NUS on this subject? What about any other student body or big website?. Is anyone doing anything? If so, we’d love to share with them what we’ve learned about the campaign for fairer graduate internships as it could be helpful in a new fight too.

So today we have three questions for you:

1) What do you think about student internships – is it right that long, unpaid work placements should be legal if they’re part of your course – or should the law be tightened to protect students against exploitation?

2) Is this a fight that you think someone should take on? Are students getting angry about what’s happening – and would they support  a campaign to improve the situation?

3) Have you heard whether the NUS or any other body is doing anything about it?

Please comment below – we’d love to hear what you think…