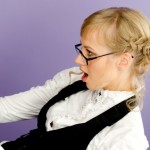 While some of his smarter colleagues begin to sense which way the wind is blowing on unpaid internships, record-breaking John Leech – Lib Dem MP for Manchester Withington – appears to be staging a one-man campaign to preserve the practice of recruiting desperate young workers to perform what appears to be an unpaid job. For Leech’s latest ‘Research intern’ position, applicants must commit to work at least three months full-time (or 12 part-time). The stated salary is ‘None – volunteer’. Yet the description suggests this person will not just be work-shadowing, specifying:

“Applicants will need to demonstrate team working, computer, and writing skills and an understanding of confidentiality. We expect an excellent standard of written and verbal communication along with an energetic can-do attitude. Excellent interpersonal skills and a sense of humour are also desired.”

Here is a picture of John Leech: 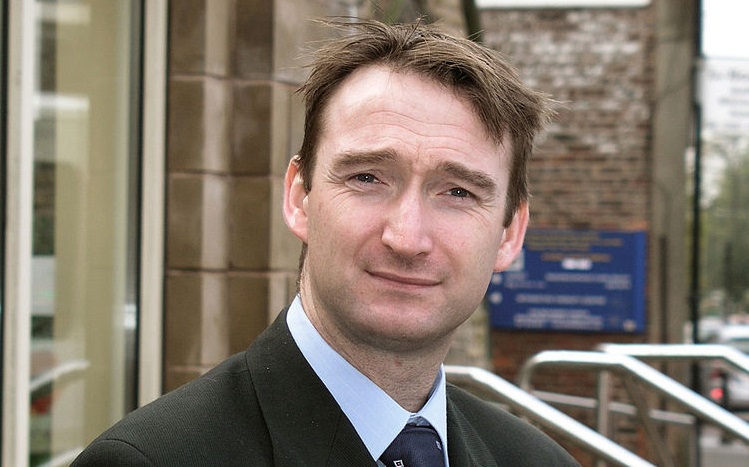 Congratulations to John Leech, the most brazen advertiser of unpaid internships in Parliament

And here is the most recent advert in full (posted on W4MP on 24 March. Applications closed yesterday):

To really appreciate the longevity of Leech’s love affair with unpaid internships, let us take you back to where it all began. 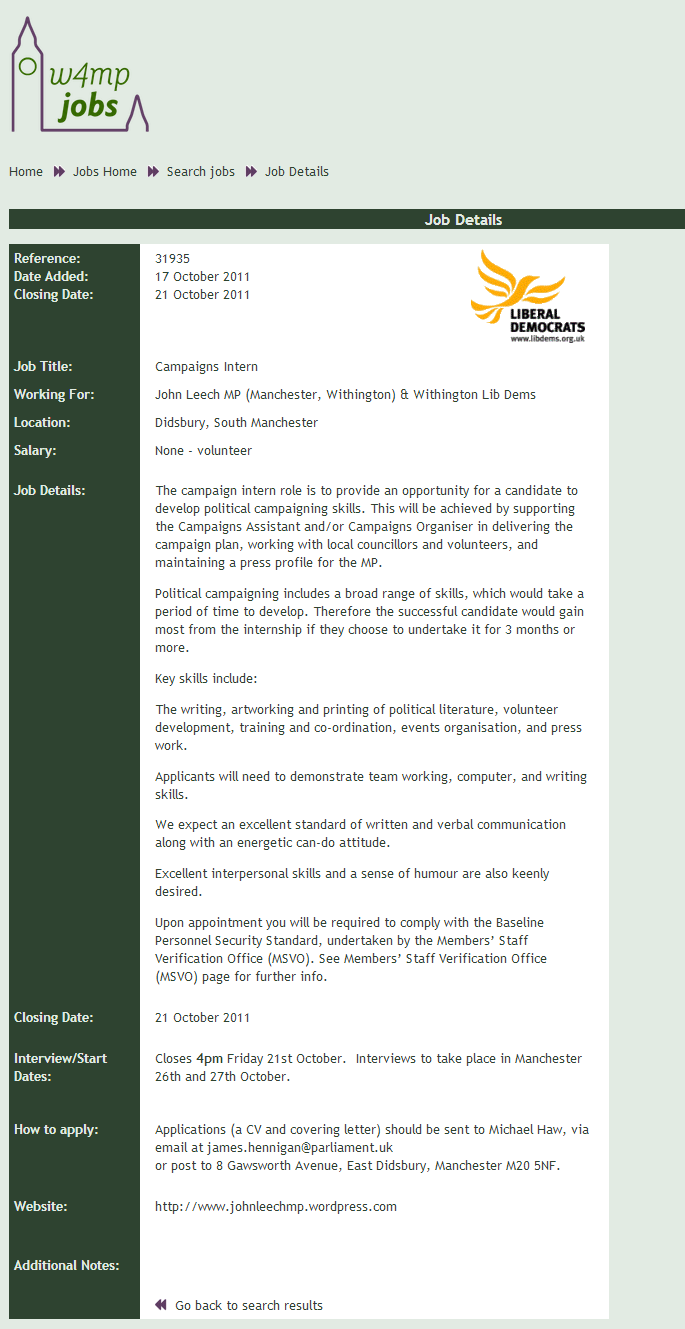 …and then for a ‘Research intern’: 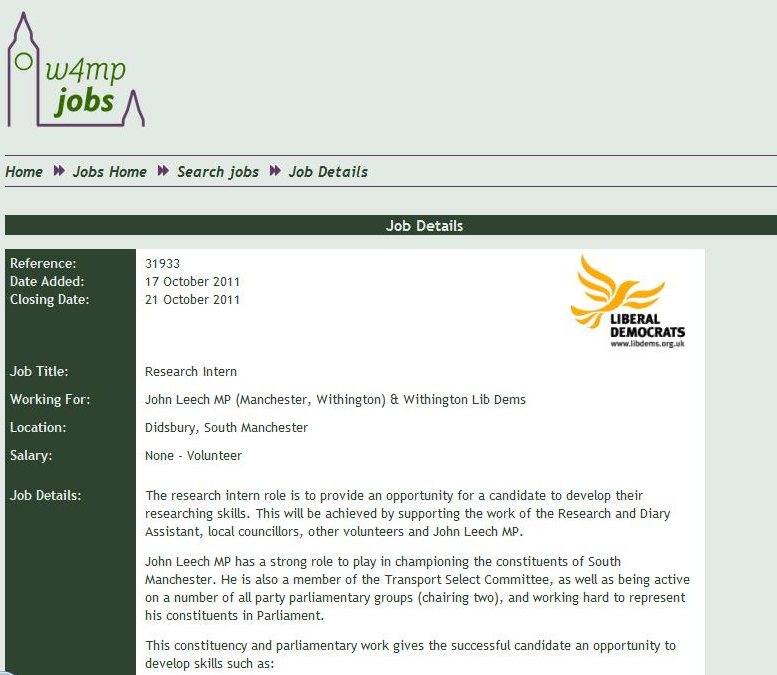 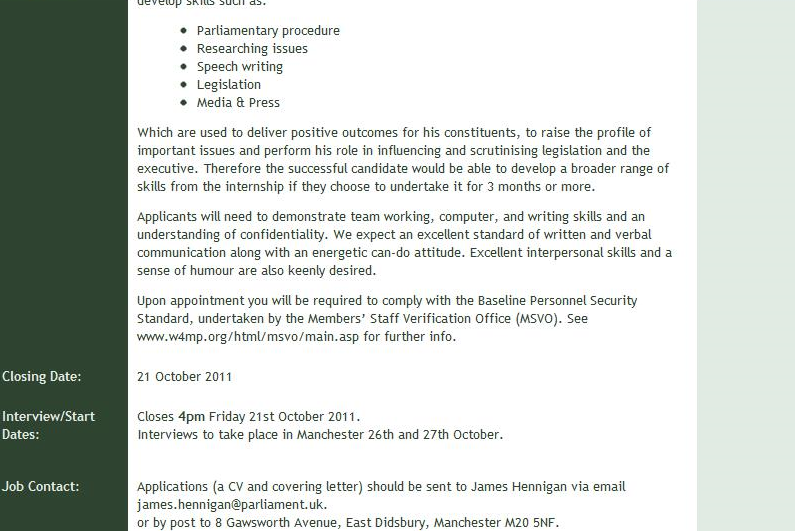 MAY 2012 The roles obviously work out for Leech, because next come two further ads – for another ‘Research intern’:

…and another for a ‘Casework intern’:

(Note that the length of time is no longer a suggestion, but three months is stated as the “minimum”)

DECEMBER 2012 It’s unclear what happens to May’s ‘Casework intern’ but as Christmas approaches, Leech is on the prowl for a replacement:

FEBRUARY 2013 Leech gets creative. He touts for a ‘Diary, fundraising, press and communications intern’:

…Which bring us up to date with last month’s ‘Research intern’, the eighth unpaid internship John Leech has posted (that we know of). His last public words on the subject were in January last year, when he said there simply wasn’t enough money to pay interns – telling the Manchester Evening News:

“You have to ask where do you draw the line between someone volunteering in the office folding leaflets and interns? You are not allowed to pay people to canvas for a political party. I don’t think it’s realistic that people can’t volunteer for their local MP.”

So there you have it. It is unclear to Graduate Fog how Mr Leech feels his persistent employment of unpaid interns fits with his latest advert’s boast that, “He was recently awarded Lib Dem MP of the Year for his work with minority communities and promoting equality.” Thoughts?

*SHOULD JOHN LEECH APOLOGISE FOR THESE ADVERTS?
Is it fair to ask young people interested in a career in politics to work for long periods unpaid first? Have your say below…