Do you have graduate salary envy? 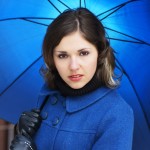 Tens of thousands of graduates regularly compare their salary to that of their friends and suffer from ‘low earner anxiety’ as they find their post-university pay packet is smaller than they expected it would be, a new survey has revealed.

According to a study by Thinkmoney.co.uk, more than a quarter of graduates (28%) say the thought of being out-earned by their peers causes them anxiety and nearly two fifths (39%) say they’re earning less than they expected to. A previous study showed the graduate pay gap can be up to £70,000, with the lowest-earning graduates earning £11,000 while the wealthiest take home £80,000.

The ThinkMoney survey found that graduates are more likely to be dissatisfied with their salary than non-graduates, and those living in London are most likely to be disappointed by their pay packet. But there was some good news — one in ten graduates said they were earning more than they expected to.

The research found that graduates use a range of methods to measure your financial success, relative to your peers’. A third of graduates (38%) look at the salaries advertised for jobs similar to your own as an indicator. A further third (35%) measure your salary against those of your friends — and another 20% look at the lifestyle of your peers as a yardstick for your own financial progress.

*How do you feel about the salary you’re earning?
Are you suffering from graduate salary envy? Are you one of the lowest-paid or the highest -paid among your group of friends? Are you earning less than you expected to after university — or more?