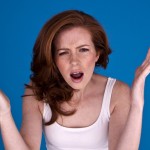 FASHION BRAND OFFERS HALF THE GOING RATE FOR POSITION DESCRIBED

A minimum wage ‘reception internship’ advertised by a luxury fashion brand should have paid £22-28,000, according to recruitment experts. Suspicions are growing that cheapskate employers looking to cut their staff costs for roles that demand experience and include responsibility are squeezing ‘intern’ and ‘internship’ into job titles as a sneaky way to reduce applicants’ salary expectations. Experts suggest the words can HALVE the salary that would otherwise be offered.

This confirms what Graduate Fog has suspected for some time – that unpaid internships are having a knock-on effect on jobs one rung up the career ladder. Junior positions which used to pay salaries of around £25,000 are now being replaced by minimum wage positions advertised as ‘paid internships’.

Last week, we wrote about a ‘reception internship’ advertised by Christian Dior Couture at their London headquarters in Knightsbridge. As previous experience was “essential” and the job description involved duties such as “answer and redirect all calls”, “receive deliveries and book, track and chase couriers”, “meet and greet all guests”, “oversee distribution and processing of post” and “order stationery and head office supplies”, the salary offered (minimum wage) sounded very low. (Especially as Dior Couture regularly charges their super-rich customers £100,000 per dress. Astonishingly, they told us the low wage offered was the result of “budgetary constraints”).

QUICK! Have you got your copy of our must-read guide yet? 25% off TODAY!

It seems we were right. Cary Curtis, founder of Graduate Fog’s Job Board partner Give A Grad A Go, says the role would have paid nearly twice the amount had it not including the word ‘internship’. He told us: 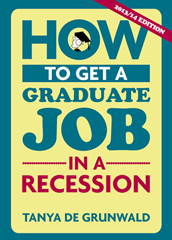 Turn your unpaid internship into a paid job! Get 25% off our book today

“Without the word ‘internship’ I would expect this role to pay almost double the salary they’re offering. We placed someone on a reception desk at a luxury brand PR agency in central London in June – and the salary was £22,000 a year (the candidate had six months previous receptionist experience and the company makes significantly less money that Dior do on an annual basis). The salary for the Dior internship works out at £13,000 so is comparatively much lower.

Other recruitment insiders agreed. Sinead Bunting, head of marketing at Monster, said they had listed dozens of similar roles in the last 12 months – often offering salaries of between £19,500 and £28,000 per year.

Graduate Fog thinks this is a worrying development. We have been writing about unpaid internships for a long time, where the word ‘internship’ is used to excuse the fact that no salary at all is offered for an entry level position, where no experience is required.

Now, it seems unpaid internships are having a knock-on impact up the roles one rung up on the career ladder, depressing salaries for those who have managed to collect some experience and skills. That means that those graduates who manage to survive a period of working for free are met with a reduced salary when they do finally start being paid. Is this yet more evidence that unpaid internships are not good for anyone except the employers who continue to take advantage of young workers?

*ARE ‘PAID INTERNSHIPS’ OFTEN JUST REAL JOBS WITH CRAPPY SALARIES?
Have you seen evidence that unpaid internships are having a knock-on effect on jobs one rung up the career ladder? Have you ever been asked for experience, when applying to a minimum wage internship? How were you supposed to have gained this experience – by doing an unpaid internship first?