End unpaid internships by 2020? No, end them now 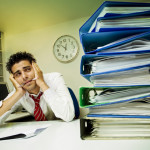 Graduate Fog’s founder has insisted that interns’ fight for fair pay must be a priority – and that a recommendation that unpaid internships should be abolished by 2020 is an insult to young people.

In an article for The Huffington Post, Tanya de Grunwald calls on the government, universities and unions to do more to protect young people from being exploited – and excluded – by employers who insist that they work for no wages. In a call to end unpaid internships immediately, she writes:

Where is the urgency? In those five years, how many hundreds of thousands of young people will have their career aspirations crushed, simply because they can’t afford to work for free?

Too many bright, hard-working 20-somethings have already been victims of this supposed ‘system’ in which the big winners are greedy employers who continue to get something for nothing. Some brave interns have fought for their back pay and won, but real change is coming too slow. It is the Wild West out there.