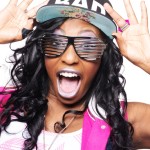 BUT GULF WIDENS BETWEEN WAGES OFFERED BY GOOD AND BAD EMPLOYERS

The Living Wage has jumped to nearly £10 an hour in some parts of the UK, meaning that graduates working for ‘good’ employers are earning 41% more than those with the same skills who are working for less generous bosses who only pay the national minimum wage. The contrast is creating concerns that a ‘two-tier bottom rung’ may be emerging.

The announcement that the London Living Wage is now £9.15 an hour and the National Living Wage (for the rest of the UK) has jumped to £7.85 an hour is welcome news as it means over 60,000 people will benefit from fairer pay. However, it may be tough for some young people to hear when they are still struggling on the minimum wage (£6.50 an hour, for over 21s) – or even less if they’re working as unpaid interns.

The Department of Energy and Climate Change pledged on Friday that all its subcontractors would pay the living wage, becoming the first Whitehall department to be formally accredited by the foundation. It joins a host of leading companies, including Google, Barclays, Goldman Sachs, ITV and Legal & General, in making the commitment to be a living wage employer, remunerating all employees well beyond the legally enforced £6.50 national minimum wage.

And there was more good news, as Ogilvy & Mather became the first big name from the world of advertising, PR and marketing to put its name to the campaign. Acknowledging that the firm has not always been squeaky clean on interns, new CEO Annette King promised her organisation would do better in future, saying:

“We did a review at the end of last year where we found that the majority of our employees are paid well above the living wage but we identified a few gaps amongst our youth talent, in particular interns and work placements, which we have now addressed.

“We are keen to encourage a broad, diverse mix of people from all walks of life, to consider working in our industry and paying a ‘living wage’ is an important step towards this goal.

“We are proud to be the first UK marketing communications company to gain accreditation. It is a badge we will wear with pride.”

“As a major UK employer we know that acting responsibly is not only good for the communities we operate in, but also makes good business sense.

“Supporting the Foundation as a Principal Partner underlines our belief that people are at the heart of our business. We are proud to be the first mainstream manufacturer in the UK to become a Living Wage employer and see this as an opportunity to be a positive influence in our sector.”

The Living Wage is calculated according to the basic cost of living in the UK. An hourly rate set independently and updated annually. Employers choose to pay the Living Wage on a voluntary basis.

*ARE YOU EARNING LESS THAN THE LIVING WAGE?
What is your reaction to the increase in rates? Does the news make you more likely to dump your current employer and seek work with a firm that offers fairer pay? Or is the Living Wage creating a two-tier system for low-skilled workers, where ‘lucky’ ones working for good employers earn significantly more than the unlucky ones, for doing the same work?