A London internship will cost you £1,013 a month (to work for FREE) 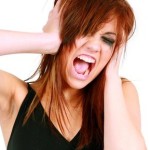 * OOH! Our founder Tanya de Grunwald’s views on this story have been quoted by BuzzFeed, the Daily Mail and Channel 4 News! *

Thinking of doing a London internship? It will cost you £1,013 a month (on rent and other bills), according to new figures. And it’s not much cheaper up north – in Manchester, expect your living costs to total at least £4,728 during a six-month internship.

According to new Sutton Trust research published today, a six month unpaid internship will cost a single person living in London a minimum of £5,556. During this period, the average intern will spend £2,784 on rent, £1,199 on other bills, £710 on food and £863 on other costs. Those paying for transport (er, isn’t this everyone?) will spend an extra £525 in six months, bringing the total figure up to £6,081. These costs are revealed alongside analysis of the latest higher education data which shows 31% of university graduates working as interns are doing so for no pay.

The news will not surprise Graduate Fog’s readers. Many of you tell us you have been toiling for months in unpaid positions, in the hope they will one day turn into paid roles. Others say you’re locked out of your chosen profession simply because you can’t afford to work for free first, something which is becoming obligatory before you’ll be considered for paid roles.

But these figures do underline the insanity of the current situation. That the UK’s brightest, most educated young people are being asked to pay £926 a month for the privilege of working for free isn’t just unreasonable – it is outrageous.

Last month, this website’s founder wrote a piece for the Huffington Post, blasting a new report’s feeble aim that unpaid internships should be ‘banned’ by 2020. That’s FIVE YEARS AWAY! And unpaid internships don’t need to be ‘banned’. Most are already illegal – the problem is that the law isn’t being enforced properly.

Even if our politicians don’t understand the situation, our young people definitely do. A newly published Ipsos Mori poll for the Sutton Trust, showed that 70% of people aged 16-75 in England agree unpaid internships ‘are unfair because only people from wealthy families are likely to be able to work for a significant period without pay.’ This belief is consistent across all social and financial profiles.

The new research brief, Internship or Indenture examines the cost of an internship in London and Manchester. Cheaper rental costs mean a six month placement in Manchester is less expensive than one in London but would still set back an intern a minimum of £4,728 (£788 a month), excluding transport costs (which are sometimes paid by the employer).

Unsurprisingly, the Sutton Trust also found that the cost barriers to participating in an unpaid internship have significant consequences for social mobility. The Government’s Social Mobility and Child Poverty Commission reported that at least half of entry-level vacancies at City investment banks and leading law firms are likely to be filled by graduates who have already completed work experience with the employer. It also found that 63% of cultural and creative, 56% of media-related, and 42% of financial and professional services internships advertised on the Graduate Talent Pool website were unpaid.

“Unpaid internships are increasingly the gateway to a job in the most competitive professions. But as today’s research shows, the cost of taking on an internship without pay is beyond the means of the vast majority of individuals.

“Paying all interns who work for over a month the minimum wage would significantly improve access to these placements for those from more modest backgrounds, offering them a stepping stone into many coveted jobs, thus increasing social mobility.”

The Sutton Trust recommends that all internships lasting longer than one month should be paid at least the National Minimum of £6.50 per hour, and preferably the National Living Wage of £7.85 (or London Living Wage — £9.15 — in London). Internship positions should be advertised publicly, rather than being filled informally, and recruitment processes should be fair, transparent and based on merit.

*CAN YOU AFFORD TO INTERN UNPAID?
Do you agree with the Sutton Trust’s calculations? If you’ve done an unpaid internship, how did you manage to survive? How do you feel about the idea that all unpaid interns are ‘rich’?