Wannabe journalists charged £120 for a byline 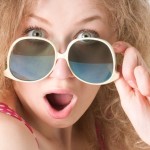 SHOCKING! PUBLISHER DEMANDS THAT YOUNG WRITERS PAY TO BE IN PRINT

Would you pay to see your name in print? One of the UK’s biggest publishers of local and regional newspapers is charging £120 for wannabe journalists to have their work published in one of its titles.

Newsquest South London’s ‘Young Reporter’ scheme is pitched as an opportunity for students to build a portfolio of work before they graduate. In a letter to UK colleges running journalism courses, Diana Jarvis, who coordinates the scheme, wrote:

“This opportunity is an exciting and unique chance to experience working for a local paper and allows students to build up a portfolio of their published work over the eight months. Unlike school students, the university students are studying the subject so will have an advantage of possibly getting their articles published in our actual newspapers around London.”

The university or college is expected to pay £100 and the student a £20 registration fee to take part. The letter shocked many of its recipients, as Jarvis went on to explain that the students:

“…would work as journalists for an online newspaper, writing one article per month for a period of eight months. All articles written are uploaded onto our local online paper, which covers the whole of Greater London. At the end of the scheme all students who complete all eight articles, receive a letter of recognition from the editor, which they can use as a reference with their cvs and their names go into our Award Ceremony brochure, which is distributed around London”.

But critics reacted angrily to the scheme, slamming Newsquest’s ‘cynicism’ and accusing them of ‘preying’ on young people desperate to break into the super-competitive world of journalism. Michelle Stanistreet, the National Union of Journalists‘ general secretary, said:

“While Newsquest is sacking professional staff on its titles, it is charging journalist students for writing articles for them. The unpaid intern has become the scourge of the media profession – now Newsquest is asking for journalist students to actually pay for a by-line. The company’s cynicism beggars belief, and preys on young people desperate to get a break in a competitive industry.

“College lecturers tell me they are outraged and they are quite right to be. We also know that Newsquest is using students to do shifts at its subbing hub in Newport, after sacking sub-editors on its newspapers across the land.

“Newsquest and other newspaper groups have been upfront about saying they intend to increase the amount of free copy and photographs they use supplied by readers — clearly part of their strategy in delivering this is to expect aspiring journalists to pay for the privilege. Where is the integrity in this? Where is the commitment to quality journalism? They should be providing journalist students with a meaningful work experience and if their articles are good enough to be published, they are good enough to be paid for.”

This cash-for-bylines story comes just weeks after we wrote about a think tank charging its former interns £300 for a reference. Graduate Fog is now wondering… are we witnessing a trend for employers finding new ways to cash in on young jobseekers’ desperation? In particular, by putting price tags on the growing catalogue of proof (references and portfolios) that graduates now need to demonstrate in order even to be considered for paid work?

*WHAT DO YOU THINK OF THIS SCHEME?
Is it just plain wrong for publications to charge young journalists for bylines? Or are they only responding to demand from young writers desperate to build their portfolio? If you’re a journalism student or graduate, would you ever pay for a byline?