No idea how much student debt you have? Join the club 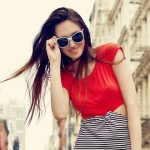 HALF OF GRADUATES KNOW ONLY ‘ROUGHLY’ WHAT THEY OWE

No idea how much student debt you have, how long it will take to pay back, or how much interest you’re being charged? You’re not alone.

New research shows that six in ten graduates don’t know how much interest they are being charged on their debt. One in eight don’t know how much they’re currently repaying each month from their wages, and one in ten say they didn’t even realise they were being charged interest. The figures – from the Debt Advisory Centre (DAC), a fee-charging provider of debt solutions, who surveyed 2,000 adults – also show:

Despite the scale of the typical graduate debt (£40-50,000), many of you are surprisingly relaxed about it.

Two fifths of student loan repayers say they don’t worry about it at all as it’s so commonplace, and less than 10% of under-24s regret taking out their student loan. The news follows last month’s claims by a government minister that student loan repayments work out as just one ‘posh coffee’ a day. His maths was questioned and he was criticised for minimising the scale of young people’s debt.

*DO YOU WORRY ABOUT YOUR GRADUATE DEBT?
Are you earning enough to make repayments yet? Do you have any idea how much debt you have left to clear, or how much interest you’re being charged? Do you expect you’ll ever pay back the loan in full?