Labour will end ‘scandal’ of unpaid internships if elected 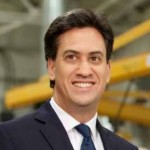 Ed Miliband has promised that all internships lasting more than a month will be paid if the Labour Party is elected in May. This will end the ‘scandal’ of the work-for-free-first culture that has exploited thousands of young people in the last few years, and locked out many times more who can’t afford to work for nothing.

At today’s launch of Labour’s Youth Manifesto, the party’s leader has pledged his support for the four-week limit proposed by campaign group – and friends of Graduate Fog – Intern Aware. The tweak to the current minimum wage law will leave interns’ fundamental rights to pay unchanged, but will make it harder for their employers to dodge their duty to pay.

Making his promise alongside Labour’s previous pledge to reduce the university tuition fees cap from £9,000 a year to £6,000, Miliband said:

“In this country, if you want a good job in a highly prized sector, you’re often asked to work for free, often for months on end, sometimes even a year. It’s a system that’s rigged in favour of those who can afford it.

“Putting careers in highly prized jobs — in the arts, media, fashion, finance and law — out of reach for huge numbers of highly able young people [is] not fair. It’s not right. And it prevents our companies drawing on all the talents our nation has to offer. So we’ll put a stop to it. We’ll end the scandal of unpaid internships.” 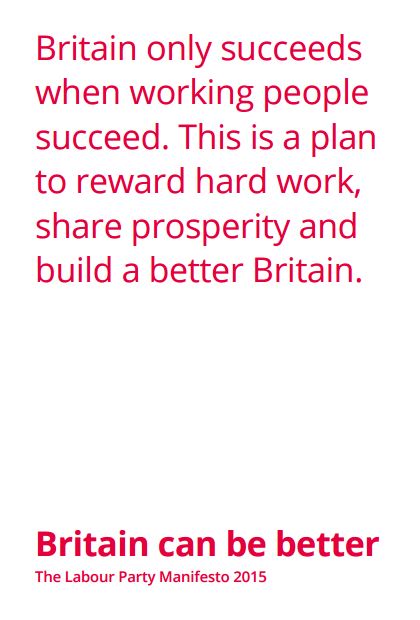 Doing it for you? The front page of Labour’s manifesto

Ben Lyons, co-founder of Intern Aware, welcomed the pledge, saying it would make a difference to thousands of young people entering the job market:

“The current chasm between twentysomethings who can afford to work for months on end for free and those who can’t is bad for social mobility, bad for business and bad for Britain.

“Businesses are crying out for clarity on internships, and the four-week limit offers that — as well as vastly increasing the pool of talent they can draw on. We hope this pledge is the start of a change in the political weather around getting young people into work.”

The announcement coincides with new YouGov polling data released by Intern Aware showing that a four-week legal limit would not lead to a reduction in internships.

Graduate Fog is pleased to see Labour recognise that unpaid work is a huge problem for the UK’s young people. It will be interesting to see whether the Conservatives give the issue the same attention when they release more details about their plans to help bright young Britain.

* ARE YOU IMPRESSED BY LABOUR’S PLEDGE ON INTERNSHIPS?
Are you pleased to see the issue being recognised at last? Will Miliband’s promise on internships make you more inclined to vote Labour?