Did you REALLY get a 2:1? Half of uni staff say they’ve been urged to inflate graduate grades 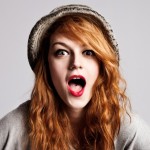 SHOCK SURVEY REVEALS ACADEMICS UNDER PRESSURE TO BUMP UP YOUR RESULTS

Did you really get the degree result you think you did? Doubts have been raised that some graduates’ degree scores may may not be quite as good as they sound on paper – as almost half of academics admit they’ve been asked to inflate university grades to keep students happy now they are considered high-paying ‘consumers’.

A new survey by the Guardian’s Higher Education Network found that 46% of academics said they have been pressurised to mark students’ work generously. This would seem to fit with claims that an ever-increasing number of graduates is joining the job market with a first or 2:1, which could devalue the achievement.

In 2014, record numbers of students left university with a first-class degree, prompting claims that some grades are being inflated. The number of firsts has more than doubled in the decade since 2004, when about one in 10 graduates achieved the top classification, according to data from the Higher Education Statistics Authority. The latest stats show that 70% of students now graduate with a 2:1 or above.

Experts said there numerous factors were to blame for this trend – including the introduction of league tables designed to provide prospective students with more data when picking which uni to attend. Peter Scott, professor of higher education studies at UCL Institute of Education, admitted the complaints were worrying but insisted academics were unlikely to have caved in to any pressure to fudge their students’ results, telling the Guardian:

“Although league tables certainly produce such pressure — for example, by including the proportion of students who get ‘good’ degrees, ie firsts and two-ones — my impression is that most academics do not allow it to override their sense of professionalism. Also, many students recognise that too much grade inflation is not in their long-term interests either.”

The study raised further concerns about a drop in quality of the education that students are paying for, despite tuition fees being trebled to £9,000 in 2012.

Over half of academics (52%) said the emphasis placed on “the student experience agenda” had damaged the quality of education offered, while 40% said the removal of the cap on student numbers had also had a negative impact.

Graduate Fog is deeply concerned by this report. It is vital that graduates and employers have confidence that a person’s degree score is an accurate reflection of their ability and achievement. If accurate, ‘dumbing down’ degrees or fudging results would be a cynical move by universities and proof that they are becoming increasingly greedy and desperate to profit from young people.

*WHAT DID UNIVERSITY PUT FIRST: PEOPLE OR PROFIT?
Is the UK’s Higher Education system run too much like a business nowadays? Or have higher tuition fees created competition in the market, which serves students well? Why do you think graduates’ final degree scores are rising? Are students working harder – or could academics inflating the grades? Were you happy with the quality of the teaching you received at university? Was your degree worth the money?