What is the BEST internship you’ve ever done? 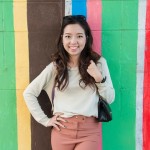 YOUR CHANCE TO THANK THE ‘GOOD’ EMPLOYERS OUT THERE (YES, THEY DO EXIST)

Yes, we know there are still too many employers who run bad internships – but what about those who run GOOD ones? Do they exist – and, if so, what exactly makes a great internship?

As the media spotlight has shone on dodgy placements, employers have reacted in many different ways. Some have just ignored it and continued as before, swapping the word ‘intern’ for ‘volunteer’ (like Vivienne Westwood and the Conservative Party).

Some have ignored the moral argument and insisted it’s their legal right to have unpaid interns (including charities like the National Trust). Some have pledged to change their ways (Tony Blair and Time Out). Others have made secret pay-outs to interns they should have paid in the first place (Miss Selfridge).

But another group – let’s call them the ‘good employers’! – have taken the opportunity to do even better. They’ve listened to the arguments, checked out the facts, considered their options, assessed their budgets and worked hard to create internships that work for their interns, as well as for themselves. So, we want to know… What’s the best internship you’ve ever done? And what made it so good?

* WHAT’S THE BEST INTERNSHIP YOU’VE EVER DONE?
What made it so great – the pay, the work or the people? Was it in London – or are internships better outside the capital? Did your internship lead to a graduate job? Feel free to name the organisation where you worked – we like to give credit where it’s due!