Topshop pays off its former interns! 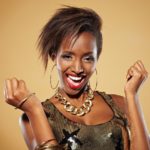 Arcadia – the parent company of Topshop, Miss Selfridge and Dorothy Perkins – has made numerous payments to former interns they admit should have been paid for their work at the time, Graduate Fog has discovered.

We have learned of three cases where payments of hundreds of pounds were made after former interns were contacted out of the blue and offered wages for work they did months ago – and which at the time they agreed to do for free.

Interns being given money they didn’t even ask for? What the..?!

When Graduate Fog asked Arcadia for an explanation, a spokesperson in the company’s HR department said the payments were made as a result of an “internal review” of the internships that have taken place there in the last year, when it was decided that in some cases “remuneration was appropriate.” When we asked for more details – including the number of interns who had been paid off and the size of the payments – the spokesperson said, “I’m afraid that’s not information we can comment on.”

*HAVE YOU INTERNED UNPAID FOR A BIG BRAND OR A WELL-KNOWN MP OR CELEBRITY?*
Join Interns Fight for Justice – our new campaign to help interns to take their high-profile former employers to tribunal. We’ve lawyered-up, so you don’t have to!

Former Arcadia intern Emily Wong, 23, from Worthing, told Graduate Fog she was stunned to receive notification that she was about to receive £830 for a month-long internship she did over a year ago:

“I worked in the Arcadia press office – on the brands Miss Selfridge and Wallis – for a month in April-May 2011. I spent four weeks photocopying, scanning, sending clothes to journalists, organising clothes that had been sent back and tidying the (windowless) fashion cupboard.

“My hours were 9am – 5pm, Monday to Friday, and I was only paid travel expenses for zones 1-6 (not enough to cover my commute from Worthing) and £2.50 per day for lunch. There was no structure to the internship and I received no training at all. I worked alongside six or seven other interns, all doing the same work as me.

“At the time, I agreed to work at Arcadia for free in the hope that it would lead to a paid job (although I realised it wouldn’t in the first couple of days). However, since then I’ve done several more internships – many lasting months and paying expenses only – with other companies and I’m now furious about the whole intern thing.

“I’m glad Arcadia have finally paid me – but frankly they should have done it at the time, not a year later.”

This unprecedented action is a major victory for the interns’ rights movement. We first approached Arcadia back in 2011 about their use of unpaid interns but they insisted that their ‘work experience’ staff were only work shadowing and therefore not entitled to pay. Now, it seems they’ve changed their minds. So what prompted Arcadia – owned by billionaire Sir Philip Green – to send these cheques out now? Good question. Here is the letter Emily received from them:

As part of our end of tax year audit we have reviewed our list of people who have completed work experience with us since 6 April 2011.

As a result of that audit we have discovered that you did not receive payment for the 4 weeks you were placed in the PR and Events Department.

You are owed £830.20 which will be processed through our payroll and will be subject to tax at the basic rate and to National Insurance Contributions.

Could you please advise us of your current address so that we can send you your payslip and a cheque for the net amount due? Could you also advise us of your National Insurance number as this is required for HM Revenue and Customs’ purposes?

When Emily asked them to clarify why this payment was being made, they said “the payment review is part of a large audit process that we are currently undertaking.”

Earlier this year, Emily lodged a complaint with HM Revenue and Customs about her Arcadia internship – was this pay-out a direct result of that? It seems not. Neither of two other interns Graduate Fog knows of who received the same letter – having worked in the BHS and Burton press office for a month – had complained to HMRC. They were also awarded around £800 each (before tax and NI deductions).

Frustratingly, Arcadia wouldn’t tell us much either. The spokesperson refused to answer the majority of our questions (even easy ones like “How many interns have received payment?”) suggesting that Arcadia hopes to keep the details of these pay-outs secret. This is what we wrote:

We were in touch last year about Topshop’s internship / work experience scheme – I run Graduate Fog, a website for job-seeking graduates.

I am writing because I have reason to believe that Arcadia is in the process of making a large number payments to former employees who have worked as unpaid (or expenses only) interns in the last year. The people involved have been told that this is part of a “huge audit process,” by the Inland Revenue.

I would be very grateful if you could answer the following questions:

1) How many former Arcadia employees are being issued with payments for work they undertook as part of your internship / work experience schemes? Which Arcadia brands do these payments relate to, what period is this for – and what is the total amount that Arcadia is paying out in payments like these?

2) What has led Arcadia to do this? Is Arcadia currently being investigated by HM Revenue and Customs its non-payment of the minimum wage? Has Arcadia been instructed to make these payments? If so, what would be the consequences of Arcadia not making these payments? Has Arcadia received any indication that it will be fined by HMRC – or face prosecution for the non-payment of the minimum wage for those doing internships / work experience placements? If so, how much is this fine?

3) Does Arcadia accept that these payments are effectively an admission that these internships / work experience placements should always have been paid – and that accepting these employees’ labour without paying them was against the law?

4) Does Arcadia intend to pay all its interns / work experience people at least the national minimum wage from now on?

And this was their reply:

Further to your email I can confirm that Arcadia Group Ltd have done an internal review of the intern/work experience placements that have taken place in Head Office over the course of the last 12 months.

We have identified a small number of people who undertook placements that were predominantly project based activity and in these cases we felt that remuneration was appropriate, which we have now addressed.

I hope this is helpful in your enquiries.

So what is going on at Arcadia?

Have payments really only been made to a “small number” of people? Or is it possible that these pay-outs have been made on a larger scale than Arcadia is prepared to admit? And now that Topshop and co are paying off their former interns, will other big brands start taking interns’ complaints seriously, get scared and follow suit?

*GOODWILL GESTURE OR GUILTY CONSCIENCE – WHY IS ARCADIA PAYING OFF ITS INTERNS?
Is Arcadia doing this out of the goodness of their heart – or have they realised they should have paid their interns all along? Do you hope other big companies will follow suit? Have you received a pay-out from Arcadia – or any other big company?

*HAVE YOU INTERNED FOR A BIG BRAND OR A WELL-KNOWN MP OR CELEBRITY?
Join Interns Fight for Justice – our new campaign to help interns to take their high-profile former employers to tribunal. We’ve lawyered-up, so you don’t have to!