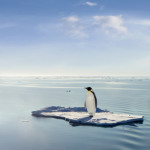 AND CLAIMS YOU CAN LIVE ON EXPENSES IN LONDON

A former London Zoo intern has defended its controversial unpaid internships, saying the backlash against her former employer is unfair as she gained “invaluable experience and networking opportunities” during her time working at the zoo. She insisted she was not exploited – and it IS possible to live in London on the lunch and travel expenses the zoo provides.

The graduate – who commented below yesterday’s Graduate Fog exclusive under the name ‘E’ – says the attacks against her former employer are unfair, and she was not exploited during her time interning for ZSL (the charity that runs London Zoo). E says the work is “about making a difference to the future of wildlife” not about the money. Here is what she wrote:

“Having been an intern at ZSL, I feel I am in a position to counteract this article/media criticism.

“Interns are a vital part of the research and conservation work that happens at ZSL and there are simply not the funds available to pay them in money, but they definitely pay interns in experience. It IS possible to live in London based on their expenses without coming from a wealthy background — it just requires savings, careful budgeting and a passion for conservation (and no, I didn’t live with any family or friends — I paid rent, bills and council tax).

“The experiences and networking opportunities I gained by being there have been invaluable to my career, and in turn I have helped contribute to research that may have been impossible without the help of interns.

“Do I feel like I have been exploited? Not at all. Would it have been nice to have been paid? Of course, but I didn’t go into conservation to make money — I want to help reduce biodiversity decline and fix some of the damage that people have made. No one at ZSL is in it for the money, it’s about making a difference for the future of wildlife, not exploitation of young graduates.”

She claimed that ZSL – the charity that runs London Zoo – simply didn’t have the money to pay its junior staff, and suggested that the government should look into plugging the funding gap from the public purse:

“‘London Zoo’ is one part of the umbrella of ‘ZSL’ and therefore there’s not just one big money pot serving the whole of ZSL. A large proportion of the research done at ZSL is not funded from the Zoo and some income from the Zoo is obviously used to maintain the Zoo by paying staff. There isn’t the same amount of money in research to do that. Perhaps if the government and the general public cared more about the damage we were doing to the planet, there would be more money for research internships within the conservation sector.

“I should state that I’m no longer associated with ZSL and these are completely my own views — I don’t know, but will also be interested to see, how ZSL will respond to this backlash.”

Graduate Fog feels that as a former intern, E is a very valuable source of information and her views are as valid as anybody else’s. However, we can’t help feeling that she has missed the point of much of the criticism…

* WHAT DO YOU THINK OF E’S COMMENTS?
Do they make you angry – or sad? Should charities reward their interns with a fair wage for their work – or is it right that the law makes them exempt from having to pay?