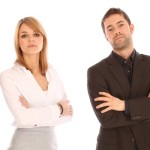 VOLUNTEERS WANTED TO MOUNT HISTORIC CHALLENGE – CAN YOU HELP?

The stage is set for an almighty showdown between graduates and the government, over sneaked-in changes to student loan small print which critics say wouldn’t have been allowed with any other regular loan. Graduates keen to question the legality of their debt repayment plan have been urged to come forward.

Consumer finance guru and graduate campaigner Martin Lewis – also the founder of MoneySavingExpert.com – has hired a team of lawyers who he will pay to help young people challenge the controversial new terms of their loan. Lewis – who has previously called the changes “disgraceful” – says it’s the fact that the changes have been announced after students have taken out the loans that he finds so troubling, telling the Guardian:

“It’s the mis-selling that I am up in arms about. Students were told this wouldn’t happen. Companies wouldn’t be allowed to make a retrospective change to a normal loan. The Financial Conduct Authority would have an issue with it.

“People need to know that unless you’re a very high earner when you graduate, this will probably cost you thousands. Higher earners lose out in the short term too. But … as they clear the debt quicker, less interest will accrue, so they’ll repay less in total.”

The changes affect students who pay the current fees of up to £9,000 pounds a year — all of whom began university from September 2012 onwards. The chancellor, George Osborne, unexpectedly introduced the change in his autumn statement. Many students and graduates face repaying at a faster rate because the earnings threshold for repayment — £21,000 — has been frozen for five years.

The repayment threshold had been expected to rise with average earnings after 2017, and the proposal to freeze it was announced despite strong opposition in a consultation on the topic.

As well as investigating the possibility of judicial review, he says that students and graduates might need to take their cases to court individually and says he would back some of them up financially to do this. He said:

“In the case of a court challenge, we may need volunteers who would be willing to bring the case forward – I’ve already had some people tweet today saying that they would do it.”

Graduate Fog backs Martin Lewis 100% with his plans, and we will keep our readers posted as his challenge progresses. It is not yet clear exactly how graduates should come forward, but if you started university in September 2012 or later and are keen to know more please contact Graduate Fog. We will let you know when we hear further details from Martin Lewis.

* WHAT DO YOU THINK ABOUT THIS LEGAL CHALLENGE?
Should students and graduates fight the new changes to their loan repayment plans – or should they stop fussing and focus on getting a well-paid job instead, as everyone is in the same boat? How do you feel about your student debt? Are you confident you’ll be able to repay it and afford to have a house / family / life? Have your say below…