High fliers v low earners: How graduates are divided in the UK today 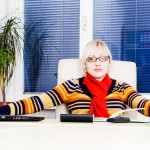 STARK CONTRAST IN TALES FROM “THE BEST” AND “THE REST”

Hey, did you hear the one about “picky” graduates turning down top employers and reneging on job offers they’ve already accepted? Apparently, candidates are displaying dazzling confidence now that the graduate job market has picked up, and are now leaving employers desperate to fill empty chairs in their offices!

Except, this is not a joke. The story even made it on to the Independent’s front page on Monday. But who are these ‘picky’ graduates that High Fliers’ Graduate Market in 2016 research identified? And are we talking about the same graduate job market where tens of thousands of bright young people are still stuck in low-paid stop-gap job and unpaid internships, desperate for their first big break? It’s baffling to think these two realities exist, side-by-side.

How is it possible that there can be such huge variation in the graduate job market? Why are some graduates doing so well – and others so badly? Graduate Fog’s founder Tanya de Grunwald says it is becoming increasingly difficult to make sweeping statements about “the graduate job market”. Could that be because it’s no longer one thing?

Have TWO distinct graduate job markets emerged? One for the super-in-demand high fliers, and one for everybody else? The ‘picky few’ – and the ‘desperate rest’?

It would make sense. After all, we’ve been aware for some time that graduate salaries now appear to have diverged dramatically, which is why the true ‘average’ graduate salary is so hard to pin down, and news that £30,000 is the median graduate starting salary at the UK’s top graduate employers leaves everyone else weeping at the sight of their paltry monthly pay cheque (if they’re lucky enough to be receiving one at all). Unpaid workers are still struggling to push for the wages they deserve, and recent graduates earning the minimum wage are dismayed to discover they won’t qualify for the new National Living Wage if they’re under 25, so their wages will stay at £6.50 per hour. Yet the latest research shows that the median salary for a graduate entering investment banking is £47,000.

What do you think? Are two graduate job markets emerging? Or is it just two groups of graduates – what could be called “the best” and “the rest”? What’s caused this divide – and what is the solution?

* ARE THERE TWO GRADUATE JOB MARKETS?
We’d love to hear your views on our theory. Does it fit with your experiences of graduate job hunting in the UK today? What do you think has caused this dramatic split – and what are your predictions for what will happen next?