Still living with Mum and Dad? HALF of last year’s graduates haven’t yet moved out 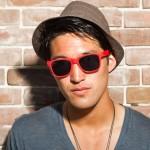 EVEN THOSE IN WORK STAY WITH PARENTS TO SAVE CASH

If you’re still living with your folks, you’re not the only one. Almost half of students who graduated since 2015 have not yet moved out and are still living at home with their parents, according to new statistics.

The research – by the National Union of Students (NUS) – is particularly newsworthy as this is the first cohort to have paid up to £9,000 tuition fees, raising fresh questions about the value of a degree and whether university is a smart investment for today’s young people. The report, Double Jeopardy, concludes that those who graduated in 2015 have paid far more for their education while receiving far less of a benefit from that education in the labour market than previous generations.

Six months after leaving university, 47% of the 2015 graduate cohort were living back at home with their parents or guardian to save money. Seven out of 10 said they were concerned about their student debt, and half thought their degree was not worth the fees they had paid.

Perhaps surprisingly, more detailed stats seemed to indicate that this is a problem of high debt and low pay, rather than unemployment – as the majority of those questioned were not jobless. Of those surveyed, 52% were in full-time work, with 13% working part-time and 2% self-employed. Just more than 8% said they were unemployed, while 17% were studying for a post-graduate qualification. 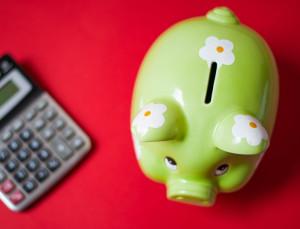 DOUBLE TROUBLE: Graduates are being squeezed by debt and low wages

Of those in work, six out of 10 were employed on permanent contracts; a quarter were employed on fixed-term contracts and 6% were on causal or zero-hours contracts. The report did not make clear how many were doing unpaid or low-paid internships. Sorana Vieru, NUS vice president for higher education, said:

“This research shows many graduates are without work, badly paid or in precarious and casualised employment, especially women. The majority are in debt, not just with student loan repayments, but they also owe money to banks, credit card companies and loan sharks.

“The graduates face a double jeopardy: they enter the world of work having paid far more for their education, with the debts hanging over them. Yet they receive far less benefit from this education in the labour market compared to previous generations, while living costs keep rising and the welfare safety net is shrinking.”

Doubtless some of the mainstream press will dismiss this phenomenon as a ‘boomerang’ generation of ‘kidults’ scrounging off their parents into their twenties. But at Graduate Fog we know that the truth is more complicated. As many of you have already told us, you hate being dependent on your parents – and long to get your adult life started with a decent job and place of your own. But for the time being, the maths just isn’t adding up…

*STILL LIVING AT HOME?
How is it going? What is your main reason for still living at home – and how long do you plan to do it for? Do you contribute financially? If your parents give you money, how do you feel about that? We’d love to hear about the reality behind these statistics, so please share your views below…