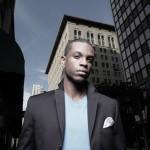 Black, Asian and minority ethnic graduates are two and a half times more likely to be jobless than their white friends, shocking new research reveals. Is the ugly truth that graduate employers are just plain racist – or are these figures the result of more complex problems encountered by non-white graduates when they try to enter the workforce?

According to new analysis published by the TUC today – to mark the beginning of its annual Black Workers’ Conference – the unemployment rate for white workers with degrees is 2.3%. However, for so-called ‘BAME’ graduates this rises to 5.9%. 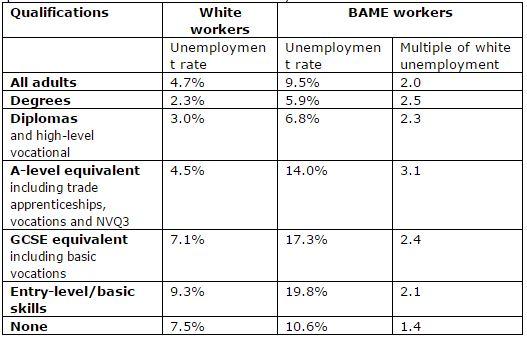 The findings reveal that at every level of education, jobless rates are much higher for BAME workers – but the contrast is starkest for those who have been to university. TUC General Secretary and friend of Graduate Fog Frances O’Grady said:

“The harsh reality is that even now black and Asian people, regardless of their qualifications and experience, are far more likely to be unemployed and lower paid than white people.

“Whether they have PhDs or GCSEs, BAME workers have a much tougher time in the jobs market.

“Not only is this wrong, but it is a huge waste of talent. Companies that only recruit from a narrow base are missing out on the wide range of experiences on offer from Britain’s many different communities.

“The government’s taskforce on racism must make it harder for discriminating employers to get away with their prejudices, and also ensure that far more is done to improve access to the best courses and institutions for BAME young people.”

Clearly, the stats are deeply troubling – and undoubtedly there are employers who discriminate based on ethnicity. However, many of the employers that Graduate Fog speaks to insist they are actively trying to attract graduates from diverse backgrounds, as they want a better mix of staff at their organisation. So what’s going wrong?

We don’t have the answers – but it’s clear that BAME graduates need some, and fast. Today’s report follows another TUC report in February, which revealed that black graduates with degrees earn 23% less than their white peers. Such injustice is unacceptable and must be tackled immediately.

* ARE YOU SHOCKED BY THESE FIGURES?
Why do you think black, Asian and minority ethnic graduates are missing out on jobs? If you’re a BAME graduate, what has been your experience of trying to get your career started? Do you think employers are inherently racist, or are other factors locking you out of the graduate jobs market?