Should I do an unpaid internship? 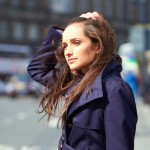 THINKING ABOUT WORKING FOR FREE? READ THIS FIRST

Unpaid internships are illegal and unfair. But that doesn’t change the fact that you need to get your career started — and it’s hard to find paid, entry-level jobs.

So, if you can find a way to fund yourself, should you just suck it up and work for free for a bit? It’s your decision. But here are 8 things we think you should know, if you’re wondering ‘Should I do an unpaid internship?’…

1) Your boss will be breaking the law. Good employers pay their interns. The minimum wage law says that if a person fulfils the criteria of being a ‘worker’ (with set hours, set responsibilities and contributing work that’s of value to their employer), they must be paid at least the minimum wage (currently £6.95 an hour if you’re aged 21-24, rising to  £7.05 an hour in April 2017). Unpaid internships are only still happening because the law isn’t being enforced effectively. Follow @GraduateFog and @InternAware to join the campaign to get that fixed.

2) You can’t waive your right to wages. If you’re prepared to work for free, why is it anyone else’s business? Because that’s not how the law works. The minimum wage law isn’t just there to protect the individual, it’s there to set a general ‘floor’ below which wages can’t fall – which protects everyone from exploitation. If interns (or waiters, or construction workers, or anyone…) could waive their right to be paid the minimum wage, the whole law would be pointless.

3) Not all unpaid internships are equal. If you’re going to do work for free, make sure your investment is going to look impressive. ‘Impressive’ can mean one of two things: a) working for a big-name employer, or b) doing some really cool stuff during your placement. Two months at a big company that’s a household name looks better on your CV than two months at a smaller one no-one’s heard. And two months doing useful, interesting work as part of a team looks better than two months sorting the post and sharpening pencils on your own. As to which is more valuable: sharpening pencils at a big firm – or doing cool stuff at a small firm? That depends on who’s going to be looking at your CV, and what they care about. Think about the people who will be looking at your CV. Will they be interested to know exactly what you did during your internship? Or are they more interested in what ‘names’ are on your CV?

4) Unpaid internships warp your idea of what you’re worth. Just because you’re being paid zero, that doesn’t mean you work is worth zero. If you weren’t there, would a paid member of staff need to do your duties instead? If yes, you’re worth at least the minimum wage (£50, for an eight-hour day). If you’re doing skilled work, your work is worth even more.

5) If you decide to intern unpaid, for God’s sake keep applying for paid jobs. Thought unpaid internships were a wage-free trial period to test you out before giving you a paid job? Not usually. Nowadays, many employers operate a ‘revolving door’ intern policy, giving them a rotating cast of freebie helpers. In this situations, no-one gets hired at the end of their internship, they just get replaced with another intern (who they sometimes have to train up before they leave). The intern world is murky so there are no stats on this, but on anecdotal evidence we’d estimate that less than 50% of interns are hired into a paid job at the end of their unpaid internship. However ‘nice’ your employer seems to be, never, ever just cross your fingers and hope. Likewise, never extend the internship past its original end date (unless they find the cash to pay you). Eggs and baskets, people.

6) You can claim your wages back later. True story — if you work for free and later decide you want the cash you’re owed, the Pay and Work Rights Helpline will help you claim your ‘back pay’ (for free). The sum you’re awarded will be roughly the amount of hours you worked, multiplied by the hourly minimum wage at the time of your internship. (So, about £1,000 if you worked for a month). Just bear in mind that you’ll be named in the paperwork, so only do this once you’ve got a paid job, a new plan or have decided you couldn’t care less what your old boss thinks of you. If you have any trouble getting what you feel you’re owed, contact Intern Aware.

7) You might not feel ‘lucky’, but you are. Remember, most people can’t afford to work unpaid and in a way you’re perpetuating the system by agreeing to work for free. (We’re not trying to make you feel bad – honest. We just think you should understand the big picture). And – just as you’re luckier than those who can’t afford to work for free at all – there will also be someone even luckier, who can afford to intern unpaid for longer than you. And someone else, who can afford to do it for longer than them…

8) There may be smarter uses of your time. Have you really considered all your options? Are you sure you’re looking for paid jobs in the right places? If you’re using the same job boards everybody uses, test out some others. (Have you seen the Graduate Fog Job Board? We guarantee a reply to every application). What if — instead of working unpaid for six months — you spent that time doing a paid job in a related field — and going to industry events every night, to build your network? Stick around and schmooze afterwards, and you’ll make contacts who could tip you off about proper jobs in the future. That’s right – jobs you’ll actually get paid for! Just imagine that…

*CONSIDERING DOING AN UNPAID INTERNSHIP?
Why have you given up looking for paid jobs? How do you plan to fund your unpaid internship – and how hard will it be to make ends meet? How long can you afford to work for nothing? Or, if you’ve done an unpaid internship, what advice would you give to recent graduates considering it?

EDITOR’S NOTE: This post was originally published in October 2014 and has been completely revamped and updated for accuracy and comprehensiveness