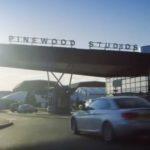 The British film and TV industry is very good at scratching its head and claiming to be mystified by the causes of its massive diversity problem, declaring its commitment to this issue, and launching random never-heard-of-again access initiatives. Hell, the BBC has just announced it’s even removing qualifications from applicants’ CVs in an effort to reduce its pro-posh bias.

So it’s pretty darned disappointing when you ask one of the biggest names in the business to take one simple, practical step that could make a HUGE difference to widening access to the industry… and they refuse even to consider it.

Pinewood Studios – the world-famous film studios where James Bond, Harry Potter and the X-Men movies are made – has astonished young job seekers by failing to condemn (or even investigate) unpaid jobs and internships we have discovered taking place on their own premises. Pinewood has also refused to consider our request to ask that all companies operating from the Studios comply with basic standards of fair and accessible recruitment.

Given the ongoing criticism of the appalling lack of diversity in the British film and television industry, Pinewood’s response is astonishing. Instead of considering our fair and reasonable points, they insisted the unpaid roles we discovered are nothing to do with them, and fobbed us off with an old press release declaring their supposed commitment to widening access to jobs in film and TV production. Hmm.

Our readers regularly inform us that the prevalence of unpaid junior roles in film and TV – and the need to do several of these before even being considered for paid work – is the biggest barrier to entry for anyone whose parents cannot support them financially while they work for free (ie. the majority of people).

The row erupted after a Graduate Fog reader told us that a firm based at Pinewood Studios (where studios and offices, including at the so-called ‘Media Hub’, are leased to independent production companies) had advertised an unpaid PA role, on Facebook: 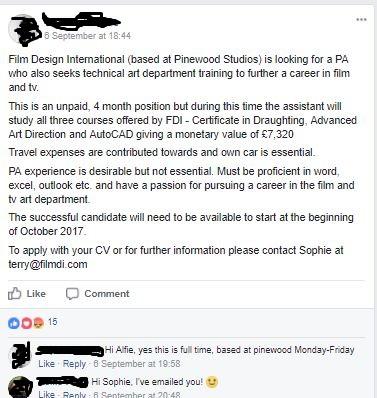 We wrote to FDI asking how the firm feels this role fits with the UK’s National Minimum Wage (NMW) law, but we are yet to hear back. However, comments below the advert from a representative of the firm appear to indicate that FDI thinks this is a ‘voluntary’ role and the fact that training is offered alongside the full-time PA role means they do not need to pay for the PA work. Hmm. 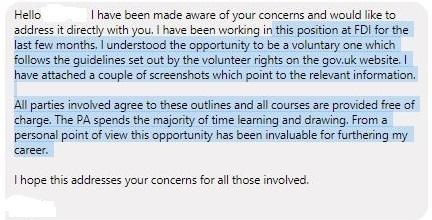 In the meantime, we thought Pinewood Studios would like to know about this, as we felt sure they would be concerned that a firm using the prestige of being ‘based at Pinewood Studios’ was recruiting for an unpaid worker. We were wrong:

One of our readers has drawn our attention to an advert for an unpaid PA role at FDI, a company which operates out of Pinewood Studios. The advert is attached to this email.

I have followed up with FDI directly, to ask how they feel this opportunity fits with the national minimum wage law, and whether they feel it is truly open to candidates from all backgrounds.

While I await their response, I would also like to clarify whether Pinewood Studios itself feels it has any legal (or moral) responsibility to ensure that private companies using the Studios’ premises (and name) meet certain standards in terms of their business operations, including recruitment.

I will be blogging about this soon so it would be great to hear back from you as soon as possible.

Pinewood’s media hub is home to around 250 businesses who operate entirely independently of Pinewood. 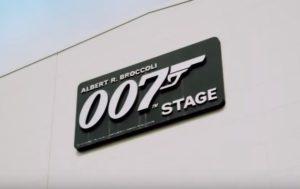 The James Bond movies are filmed at Pinewood Studios

Umm… Right. Thanks, Pinewood. Not massively impressed, and having found adverts for other unpaid roles on Pinewood’s premises (including this PR and marketing internship) we wrote back:

Thank you for your response, which I take to indicate that Pinewood Studios takes no legal or moral responsibility for the manner in which your Media Hub businesses operate, specifically in relation to their recruitment practices and fair access to junior jobs.

May I ask whether you agree that the role in question is inaccessible to the vast majority of those who would wish to apply, as it is unpaid, and applicants must have use of a car? And may I confirm that you have no intention of contacting FDI directly to ask them to reconsider the details of this role?

I’m afraid I also take issue with your assertion that your Media Hub businesses are truly independent of Pinewood Studios, given the fact that they benefit greatly from the prestige of being able to say that they are ‘based at Pinewood Studios’. Given you are lending your credibility to them, I am surprised that you do not feel they have a duty to operate in a manner consistent with your values, which presumably include diversity and fairness.

Given recent media attention around the poor levels of diversity within the UK’s TV and film industry, it would be fantastic if an organisation with such prestige and credibility as Pinewood Studios felt it could step up and help to raise standards within the industry, by asking all its associated businesses to operate with greater integrity and care. Would you be willing to re-think your position on this, or is it final? 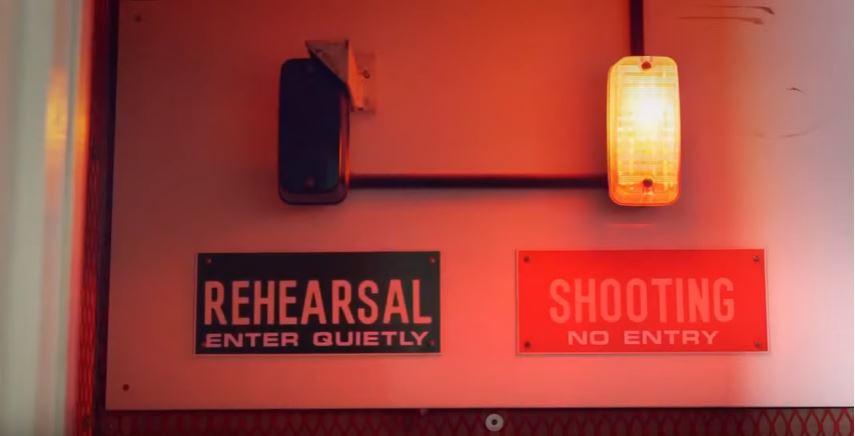 We didn’t hear back, so we followed up with this:

Can you tell me when you’ll be likely to reply to this?

I sense you may be irritated by my questions but I feel strongly that they are all fair. I also know that Graduate Fog’s readers will be interested to hear your response to them, particularly those who are keen to break into the Film & TV industry but are struggling because they cannot afford to work for free.

Given Pinewood Studios’ history and global reputation for excellence, it would be fantastic for these young people to feel they have the Studios’ support in the fight to raise standards and fairness when it comes to recruitment, and that Pinewood will do what it can to make the industry more accessible to talented individuals from all backgrounds. As we all know from recent media coverage of your industry’s diversity problem, there is much work to be done.

I’m attaching a copy of the BFI’s press release from June regarding Future Film Skills — An Action Plan. I’ve pulled quotes from Andrew and our chair, Paul Golding below:

“Pinewood Studios is a leading destination for filmmakers with many of the world’s best-loved, most famous films having been produced here. Every year we welcome thousands of highly skilled craftsmen and technicians to Pinewood and Shepperton and it’s the combination of this talent and our facilities that makes the UK the number one choice for film production. We welcome the 10 Point Action Plan as a great means to further develop the UK’s workforce.”

“The UK film production sector is a world leader, recognised for its award-winning creativity, highly skilled workforce and state-of-the-art facilities, contributing £4.3 billion to the UK economy and outperforming every other sector. We have just seen a record year for film and high-end television production in the UK and this boom has created a greater demand for more skilled workers and more job opportunities, essential to ensuring we can achieve further growth and success. Today’s announcement from the BFI of a new industry-led skills strategy backed by an investment of £20 million of BFI National Lottery funding will be a vital boost to businesses UK-wide, encouraging 10,000 new entrants to join the industry and an estimated 30,000 film industry job opportunities over the next five years.”

Sensing we were going round in circles, we wrote back one final time:

Thanks for this interesting information.

While it is good that the film industry appears to be taking some (frankly long-overdue) steps towards at least talking about opening up access to your profession (forgive me, but I see a lot of these documents, so I’ll believe the results when I see them), I am rather disappointed that this document contains no mention of reducing the industry’s reliance on unpaid junior workers, nor the ‘pay your dues’ requirement for young entrants’ to do multiple unpaid jobs before being considered for paid work in the UK’s TV and film industry. From what I understand, it is these unpaid roles which are the major barrier to entry for young people from poorer backgrounds, so the failure to even acknowledge these in this document makes me question whether the well-regarded individuals mentioned in it truly have a firm grip on what is actually going wrong at the entry points to your own industry.

I am also disappointed that when given a clear request for something concrete that Pinewood Studios could do to help struggling young talent right now (namely, asking those companies that work on your site to comply with basic standards about fair recruitment), you are unwilling even to consider this.

Anyway, let’s leave it there as I feel you have been very clear about Pinewood Studios’ attitude towards my questions and my readers’ struggles.

Graduate Fog is extremely disappointed by Pinewood’s response. We believe we have given them the perfect opportunity to really show young people they are committed to fair access to the film and TV industry – and yet they have refused even to consider our request. Is this the response of an institution that really wants to improve diversity, and widen access to jobs?

As we’ve discovered in the last seven years of campaigning for fair pay for young people, the ‘big names’ in any industry are uniquely powerful when it comes to raising standards across the board. Knowing that unpaid internships and ‘runner’ roles are rife in the film and TV industry, but that very few are reported as those who do them fear being ‘blacklisted’, we feel it is high time that the film studios themselves – who lease their property, and their name, to production companies like FDI – have a role to play in cleaning up the industry, and making it fairer and more accessible to talented young people from all backgrounds.

In our opinion, a press release proclaiming your commitment to fair access and diversity isn’t worth the paper it’s written on if you don’t step up when it counts.

* HAVE YOU DONE AN UNPAID JOB OR INTERNSHIP AT PINEWOOD STUDIOS?

Do you think the Studios should show more leadership in helping to raise standards? Or do you accept their claim that the businesses that use their premises are entirely independent and they have no legal or moral duty to use the Studios’ position to help clean up the industry?