Want to work in TV and film – but locked out by unpaid runner roles and internships? There IS something you can do 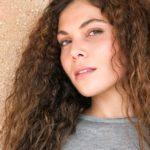 SEEN AN AD FOR A DODGY ROLE? SEND US THE LINK

Desperate to break into the UK film and TV industry – but can’t afford to work for free?

At Graduate Fog, we know that a general acceptance of unpaid work as a legitimate ‘way in’ to paid jobs is a huge problem for graduates hoping to break into the film and TV world. And we know that many of you feel that there is simply nothing you can do about it. Well, now there is.

Our recent run-in with Pinewood Studios – where the James Bond movies are filmed – has shown us that much needs to be done to give this industry the shake-up it needs.

We feel it is not enough for the industry to claim it cares about diversity and social mobility in fluffy press releases. It is high time it stepped up and showed young people that it is prepared to raise standards, even if that means facing awkward facts about the industry’s structural problems regarding inclusive recruitment.

(Of course, unpaid roles are just one aspect of this. Another is informal hiring for paid roles, in which those who have worked for free first, or ‘know someone’ are considered first for these positions, many of which are never advertised publicly. But first things first! And we know that when jobs are paid, employers are more likely to invest time in finding the best person for them).

So, if you’ve seen an advert for an unpaid runner role, researcher job or internship, please click here and send us the link (take a screen shot too, just in case it suddenly vanishes).

We’ll be collecting these over the next few weeks, with a view to demanding that those with a strong voice in this industry – including Pinewood and other big names in film and TV – step up and do what’s right.