Good! Universities to face fines over adverts that mislead students 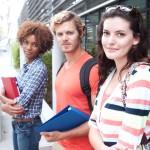 SIX UK UNIS WILL BE WARNED OVER FALSE OR VAGUE CLAIMS

Universities are set to face stern warnings and hefty fines for making false or misleading claims about their institution’s academic record or prestige in order to entice perspective students to enrol.

The move comes as concerns grow over the way UK universities advertise and market their courses, as competition to attract students becomes increasingly aggressive. With rows about rising tuition fees and excessive pay for senior university staff still rumbling, many students and graduates are likely to feel it is the latest sign that UK universities are now being run more like badly-behaved big businesses than hallowed halls of learning.

Next week, the Advertising Standards Authority (ASA) is expected to identify up to six universities which have breached the advertising code – along with issuing tougher guidelines on what is permissible language in marketing.

It is expected that universities will be told not to mislead or exaggerate in language used in adverts for students, with claims such as being in the “top 1%” facing increased scrutiny. Vague terms like “world class” may also be challenged, whether referring to universities or individual degree courses. The University of Reading has already had to take down its claim to be the top 1% of the world’s universities, because it could not be objectively verified.

It has emerged that two universities have already agreed to clarify advertising. The ASA says the University of Bedfordshire faced a complaint about claiming to have “gold standard” teaching quality – when the university held a silver award in the new teaching excellence ratings. Liverpool John Moores University was challenged over its claim to be “university of the year”. In fact, it won the title in this year’s “Educate North Awards”.

If universities persistently refuse to accept rulings from the watchdog, they can be referred to trading standards officers, who could impose large fines.

* ARE UNIVERSITIES BEING RUN LIKE BIG BUSINESSES?
Is it right that universities should be forced to back up the claims used in their marketing materials? When you were looking at courses, how easy did you find it to assess which institutions really were the best?