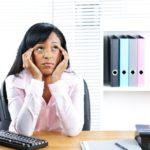 Should a law which allows most workers to request flexi-time be extended to those applying to the big graduate schemes? After all, graduates have responsibilities too.

Alarming new evidence suggests big businesses are currently missing out on thousands of talented workers keen to apply to their graduate schemes, but unable to commit to the rigid, full-time working hours the graduate programmes demand. Currently, UK employment law says a worker must have 26 weeks’ continuous service with a firm before the employer must consider their request for flexible working hours. This means a firm’s new joiners (including their graduate intake) are exempt.

Although the current inflexibility of graduate programmes is likely to impact several groups of graduates (more of which later), young mothers seem to be disproportionately affected.

Shockingly, a new study by the University of Essex, for the Young Women’s Trust (YWT), found that women with degrees were as likely to be jobless as young men with no qualifications, often because they are parents. Unable to apply to the schemes because they cannot commit to full-time hours, it seems thousands of young mothers are resorting to taking insecure, low-paid work. 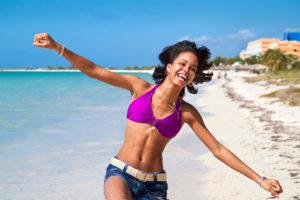 CAREFREE – OR CARING? Graduates who are parents or carers say big firms are wrong to assume new they have no other responsibilities and can commit to rigid, full-time hours

“Young women are working hard because they want to become financially independent. Instead, however, many are getting stuck on low pay, in insecure work and, in many cases, shut out of the jobs market altogether.”

Issy Mason, 26, has a 2:1 in languages and international business from Sheffield Hallam University, speaks fluent Spanish and has completed two internships in marketing, one of them overseas – and she did all this alongside having become a mother at 19. But she told the BBC that her skills and qualifications seem to count for little in her hunt for a graduate job – because she needs a flexible working hours that can fit around the school pick-up for her six-year-old daughter. Issy said:

“I have applied for graduate schemes, but there’s not a lot of flexibility. You can’t negotiate start times and finish times for school pick-ups. There is scope in senior roles for part-time and flexible working, but there’s less flexibility in entry-level jobs. I feel a lot of opportunities are out of my reach. It has been incredibly frustrating and depressing. At times, I really took it personally. It really hit my confidence. [I hope] for a job that pays a salary, rather than minimum wage”.

The Institute of Student Employers, which represents leading companies that hire and train young staff, said it was not aware of any of its members running part-time graduate schemes. Graduate Fog suspects greater flexibility would be welcomed by several groups of graduates, not just young mothers. For example, those with a disability or ongoing health condition, young fathers, or graduates who are carers may also benefit from employers demonstrating greater flexibility on working hours. As Issy said:

“We’ve shown we want to make a contribution to society. We just need a bit more support. It’s not just about the grad schemes though – flexibility should be available across the board.”

A government spokeswoman said a record number of women were now in work and legislation gave all employees with 26 weeks’ continuous service the right to request flexible working, adding:

“We are determined to support women into work, which is why we have expanded access to high-quality affordable childcare and earlier this year fulfilled our promise to double the free childcare available to working parents to 30 hours a week, saving them up to £5,000 a year. We also recently announced £5m to support people returning to paid work after time spent caring… many of these people will be parents with childcare responsibilities.”

Dr Easton, of the YWT, called for more support and mentoring to ease their transition into work, a commitment to invest in jobs and skills for women and more access to affordable childcare, and said a designated ministerial champion should oversee progress.

* SHOULD GRADUATE SCHEMES OFFER PART-TIME OR FLEXIBLE WORKING HOURS?
Do you agree it’s unfair that those who are unable to commit to rigid, full-time hours are locked out of the big graduate schemes? If you’re in favour of part-time or flexi-time graduate programmes, should these be limited to groups who really need them, or should all graduates be able to request this, regardless of their circumstances? We’d love to know what you think so please comment below…