We’re in! Department for Education FINALLY agrees to discuss internships with us 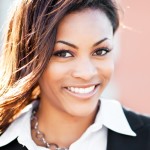 OUR 18 MONTHS OF PESTERING FINALLY PAYS OFF

The Department for Education has finally agreed to meet fair internships campaigners to hear our ideas to fix a problem affecting tens of thousands of graduates every year – and it only took us a year and a half of pestering them.

Dismayed at the glacial pace of progress on this issue by the Department for Business Energy and Industrial Strategy (BEIS), Graduate Fog’s founder Tanya de Grunwald has contacted the Department for Education (DfE) four times in the last 18 months to plead for back-up – but was repeatedly rebuffed by DfE gatekeepers who insisted that the problem of unpaid internships was “beyond the remit” of the department.

De Grunwald said it would be helpful for the DfE to take a more active role in solving this problem – as it is a social mobility issue, not just an employment law issue. She also explained that all the DfE’s work to get poorer children through school and into university will prove pointless if they don’t also make it their job to demolish the final hurdle which is stopping so many young people from fulfilling their potential: unpaid work. Finding a member of staff who could meet with us would be a wise investment, de Grunwald said.

But a spokesperson for then-Education Secretary Justine Greening insisted “her time is heavily pressured and her diary needs to be prioritised according to ministerial, Parliamentary and constituency business.” In addition, we heard she must remain “impartial” on the matter of unpaid internships. We informed them the that any debate around the problem ended several years ago and the law was clear, but still the gatekeepers wouldn’t budge. At one point they even explained the law on internships to us – apparently forgetting that we already know this inside and out.

Then, a breakthrough. Greening stepped down (weirdly, stating she wanted to do more on social mobility but her hands were tied for some reason), and her replacement was announced as Damian Hinds.

We knew his name. Hinds was the employment minister who unexpectedly stepped up for interns during an appearance on ITV’s Peston on Sunday in October 2016:

“I think particularly in the media, in fashion, in these very sought-after occupations, there is a concern … that with unpaid internships those aren’t actually accessible to everybody and I think it is right that we look at it… “It is part of making sure that we are fair to everybody … it is important for social mobility that everybody has a crack at getting into … the particularly competitive industries.”

Could a crack of light be appearing at last? We wrote to congratulate him on his new job, and yesterday received a response including these crucial lines:

We continue to be interested in the employability of graduates and recognise that internships have a role to play in this. As part of our work in this area, my officials will be in touch with you shortly to arrange a discussion on your work.

There was also an encouraging sign that the DfE might even be able to work with the Department for Business. This is such an obvious solution – but it was something we’d previously been told was impossible. The spokesperson said:

“I would like to explain that the Department for Education (DfE) recognises the importance that paid internships can play in ensuring that every student, regardless of background, has the opportunity to fulfil their potential. We are continually working with higher education providers and employers to ensure that students have the work ready skills demanded by the economy.”

Is this proof that ‘pester power’ works? Why wouldn’t Greening meet us, but Hinds will? And – taken with the recent announcement of a crackdown on employers caught advertising unpaid internships – has something has happened behind the scenes to suddenly make this issue a priority? Honestly, we don’t care. WE’RE IN.