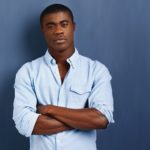 THIS WEBSITE DEMANDS IMMEDIATE END TO POLICY WHICH STATES SOCIAL CARE GRADUATE PROGRAMME CAN DEMAND UP TO £10,000 FROM PARTICIPANTS WHO QUIT EARLY, AFTER DISTRESSED YOUNG SOCIAL WORKERS TELL OF PHYSICAL AND PSYCHOLOGICAL IMPACT OF BEING “TRAPPED” ON A PROGRAMME THEY CAN’T AFFORD TO LEAVE

The CEO of Frontline – the UK’s government-backed social care graduate programme — has been challenged to scrap the scheme’s ‘exit fees’ clause, which states that participants who quit in under two years may be liable for a repayment of up to £10,000. Labour MP Emma Lewell-Buck — who has previously called out other serious flaws in the Frontline scheme — expressed her support for the challenge and said there are serious questions for the Department for Education to answer, as the scheme received £45 million in public funding from the department last year.

The demand — from Tanya de Grunwald, founder of this website — comes after Graduate Fog spoke to several current participants of the scheme who say they are suffering physical and psychological health problems thanks to the belief they are trapped on the scheme and unable to leave without paying up to £10,000 to escape. In the meantime, they are working with up to 12 vulnerable children from families with known problems with drug and alcohol addiction, domestic violence and sexual abuse.

Hi I have read it and am shocked, some serious Qs for DfE to answer too.

As a result of the stress, they say they have had nightmares, lost weight and been prescribed anti-depressants. One even told us he was hoping to have a breakdown so that he would be released from the scheme, as he understood Frontline makes allowances for participants leaving for health reasons. In response to questions about the ethics of this, Frontline stated they were “balancing the needs of participants with our responsibilities to taxpayers” and that they “are willing to take into account any extenuating circumstances, including ill-health, which may result in a participant needing to leave the programme.”

In an angry response to our story, Frontline yesterday insisted that only eight participants had paid anything upon quitting the scheme, and in all cases this was far less than £10,000 (something Graduate Fog has no way of verifying).

Even if this is true, this story is not just about those who have quit – it is also about those who feel they are trapped as they can’t afford to quit. If this clause was inserted as a deterrent – to reduce the scheme’s drop-out rate – we understand that it is proving to be highly effective. The number of participants who are desperate to leave is currently unknown. Could it be dozens – or more? We don’t know – and neither does Frontline.

When we first broke the story, we hoped Frontline would be alarmed by our reports, and vow to investigate immediately. Unfortunately, they did nothing of the sort — and their CEO and communications manager instead sent us a list of perceived inaccuracies in our story.

On Twitter, Frontline’s director of external relations dismissed the “excitement” around the story:

Sorry to dampen the excitement but the article is really inaccurate. No one asked to repay £10,000. Over 1,000 people have started the programme, only 8 have been asked to repay. We always consider mitigating circumstances in these cases. We’ve asked them to amend or retract.

And a course supervisor even suggested that Graduate Fog should hand over the names of the distressed participants we spoke to, so that Frontline could speak with them directly:

They should not be worried. Student wellbeing is the priority. With their consent graduate fog could pass their details on so we could address their concerns.

(Clearly, this idea is flawed — not least because it does nothing to help any distressed participants who are not yet known to us).

Frankly, we have been astonished by Frontline’s response – which has clearly shown that the leadership is more concerned with salvaging the scheme’s reputation than they are with resolving a problem causing serious distress to their participants. In light of this, Graduate Fog’s founder Tanya de Grunwald says she has lost faith in the CEO Josh MacAlister’s ability to manage this crisis sensitively and effectively — drawing the conclusion that scrapping the exit fees clause is the only solution. Participants must be free to leave immediately, with nothing to pay, she says.

This has been done before. The outsourcing giant Capita ditched their exit fees policy after we piled on the pressure last year, after participants on their Capita Novus scheme told us they felt similarly trapped, as they understood they may have to pay up to £21,000 to escape. Capita subsequently told them they were free to leave without charge and the company has now committed to finding new ways of incentivising participants to stay.

Here is the email Graduate Fog’s founder sent to Frontline’s CEO last night. We’ll let you know what happens next…

As you will have seen from Monday and Tuesday’s stories on Graduate Fog, I am deeply concerned about the welfare of the participants on the Frontline graduate programme, of which you are the founder and CEO.

We have spoken to a number of young people who are in a state of physical and psychological distress, as a result of feeling trapped on the Frontline programme which they are desperate to escape. They understand that if they quit, they could face a bill of up to £10,000, as is stated in their contract.

Given the extremely serious nature of these allegations, I had hoped that you and your team would express a similar level of concern, and be keen to investigate and improve your processes in order to correct this problem without delay. Whether the consequences of this repayment policy are intended or unintended, they are extremely grave and demand your immediate attention.

Unfortunately, I have seen no evidence that you intend to do anything of the sort. Instead, you and your team seem to be more concerned with salvaging Frontline’s reputation than you are with assisting distressed and vulnerable participants currently enrolled on your programme.

As such, I must now ask that you scrap Frontline’s exit fees policy immediately — and communicate to all participants that they are free to leave the programme whenever they wish, with no charge to pay. Capita did this last year when we raised similar concerns (and threatened legal action), proving that it is perfectly possible.

As your team claims that only eight Frontline participants have ever paid anything, and all paid far less than the £10,000 maximum, this should not be a problem for you.

I look forward to hearing that you have done this.

* SHOULD FRONTLINE SET THEIR GRADUATES FREE?
What do you think of the way the senior team have handled the outcry so far? If you’re a graduate trapped on the scheme, why haven’t you quit yet? If you feel that you can’t afford to leave, what impact is that having on your physical health and psychological well-being? Please share your story below…