“The sex industry is the only place where graduates feel welcome” 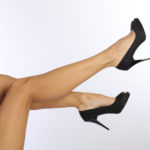 GRADUATES HAVE BEEN SHUT OUT OF EVERY OTHER INDUSTRY. NO WONDER THEY’RE TURNING TO ESCORT WORK TO MAKE ENDS MEET, SAYS ONE GRADUATE

While there is no explicit suggestion that users are expected to exchange sex for cash, evidence is emerging that these arrangements often include a sexual element, with “sugar babies” effectively trading their bodies for money (or help with their graduate debt, rent or credit card bills). UK researchers have also discovered that one in five young people would consider prostitution (or escort work) to help make ends meet.

We spend hours applying for countless jobs — and rarely even receive a rejection letter. (Apparently, recruiters don’t have the time to email us a one-line response. Their time is infinitely more valuable than ours, you see). When we work as unpaid interns, we are effectively submitting to the idea that without experience, our work is worth nothing. When we finally find permanent work, our wages are pitiful — presumably, because our work still has so very little value to our employer. We are such a drag that companies demand incentives to hire us. From pretty much every industry, the message coming through loud and clear is: “Come back when you’re older and more experienced. Right now, you have no value to us.”

The truth is that the sex industry is now one of the few industries that actually courts us. The youth and inexperience that’s such a turn-off to regular employers is viewed as a plus by those in the sex industry. When everybody else is turning away from young people, is it any wonder that graduates are flocking to one of the only industries that actually values our youth?

Besides, we are a generation that’s grown up with the ideas of sex as a commodity. During my time at Sussex University (I studied philosophy from 2006-2009), I knew a number of students working on the fringes of the sex industry in order cope with the looming prospect of graduate debt.

I knew many women — and a handful of men — who sold their used underwear online for up to £250 (creeps and weirdos pay top dollar, it seems). That’s the equivalent of a week’s wages working in a shop, being paid the National Minimum Wage. Other friends worked as nude waitresses at private parties for anything up to £1,000 a night (that’s a month’s earnings at NMW).  Another spent her weekends spent with her “sugar daddy.” He was 30 years her senior, but she decided it was worth it. She graduated debt-free.

This coincided with a time when prostitution and escort work was undergoing a ‘glamorous’ makeover thanks media phenomena like Secret Diary of a Call Girl (which later became the TV show). While this may have removed some of the stigma to sex work — and allowed us to believe on some level that it was ’empowering’, I don’t believe it is the root cause of my friends’ behaviour.

The fact is that some of us chose to detach ourselves from our bodies and our sexuality, because we valued the money more. While I never judged my friends, there were times when I found the way they discussed their work unsettling. Being a “sugar baby”, a nude waitress or flogging dirty knickers on eBay was often treated as a joke. It was also a sort of two-fingers to a society my friends felt had left them with no other way to make that kind of money through more ‘honourable’ means.

That’s why I’m not surprised to hear that graduates are considering prostitution and escorting. As they begin to realise the scale of their debt — and how long it will take to pay it off, let alone buy a house and have a family — they are looking for ways to make some fast cash. Young people have simply twigged that their sexuality pays. And it pays well.”

How far would you go to pay off your graduate debt?

Worried about your graduate debt? Sell a kidney, says acadmic