Why won’t Conservatives ban unpaid internships? Because they aren’t actually against them 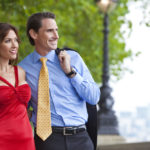 This month’s Tory internship auction scandal — where placements at prestigious companies were donated and bought for up to £3,000 by wealthy guests at their fundraising ball — was certainly embarrassing for the Conservatives. At a time when they’re desperate to convince the masses that “We’re all in this together,” it was a spectacular PR fail.

It’s been reported that David Cameron plans to ban internships from the auction at next year’s event (I should bloody well think so! Although we are yet to hear these words from his own mouth — this news comes via a ‘source’).

But as the days go by and I still haven’t heard the Tories condemn unpaid internships in general, I’m convinced that’s all they’re seeing it as — an isolated PR disaster.

This is telling. Think about it:

Wouldn’t this have been a wonderful opportunity for the Tories to come out and say that they condemn all unpaid internships, as they are immoral and illegal?

Wouldn’t this have been the perfect moment to show that this government is prepared to stand up for the vast army of young people who are currently working for free? Could there have been a better moment to remind all employers of their legal and moral responsibility to pay their young workers at least the National Minimum Wage?

I’ve been waiting — and no statement like this has come. Instead, we get ‘a source’ telling us that behind the scenes Cameron is a bit embarrassed about this auction as it was a smidge insensitive during a time of record youth unemployment. Especially as lots of the placements were with banks and other financial institutions, which are a teensy bit unpopular right now.

What a pathetic excuse for a response. Our nation’s young people deserve better.  This is a serious issue — and it isn’t going away.

Slowly, I’m reaching a new conclusion about what’s really going on here. A group of us have been banging on about unpaid internships for over a year now. My good friends at Interns Anonymous, Intern Aware and Internocracy were battling long before Graduate Fog — and I’ve been naming and shaming the big companies who advertise unpaid internships publicly since April 2010. Journalists Shiv Malik and Ed Howker also shone the spotlight on this issue through their brilliant (and widely publicised) book Jilted Generation.

Yet, in all that time, NOTHING has changed. Which leads me to ask:

I’m not a politics buff (for newbies to this site, I’m a features writer who blogs about graduate issues). But my basic understanding is that the Conservatives believe in something called a ‘free market’. They believe that levels of supply and demand should act as natural regulators of prices and wages. It follows that during a recession, when there are few jobs and lots of people, wages will fall. During tough times, employers have the power — and workers have none. It’s easy to forget that the National Minimum Wage was only introduced in 19989 — and it was brought in by a Labour government, not a Tory one.

Do I base this judgment just only on David Cameron’s telling silence over this issue in the last fortnight? Or David Willetts’ obsession with something he vaguely refers to as ‘work experience’, which he appears to think is the fix-all for youth unemployment (somewhat bizarrely, when his own two kids are student and graduate age)?

No – I’m getting the impression these beliefs are more widely held. This pro unpaid internships view is something I’ve encountered on numerous occasions, when my path has crossed with people who are part of London’s young, elite, Tory-voting social set. They assume – because I’m blonde and talk posh — that I agree with their politics so tend to speak freely about their views on unpaid internships.

(I should declare now that I’m the textbook definition of a floating voter. I voted Lib Dem at the last election. God, that’s embarrassing to admit now!).

It is now my opinion that many / most posh people simply just don’t ‘get’ the internships issue. They see internships as a rite of passage (they did a couple themselves and ta-dah! It led to a paid job – ten years ago). When I point out how much harder it is now (close to impossible, in fact) for graduates from poorer backgrounds who live outside London to complete the period of unpaid work necessary to even be considered for paid work in competitive industries like journalism, music, PR and politics, they swear blind that it is possible to do this. Despite the fact that they never had to try it themselves.

“These interns should just sleep on friends’ floors and work nights and weekends to make ends meet!” they say.  “If they want it badly enough, they’ll do it for as long as it takes.”

The implication is clear: most poor poorer graduates just aren’t prepared to work hard enough to better themselves in society. That’s why the rich kids keep getting the few good jobs that are around. The poor are too work-shy to bother to compete.

Perhaps these views are those of a small sample of posho journalists, PRs, lawyers and bankers that I have had the misfortune to sit next to at various events in recent months.

But if they are representative of even a small proportion of the Tories who are in power, that would certainly explain a lot about why nothing is happening on this issue. And why David Cameron does not want his recent internships auction scandal to open up a wider debate that desperately needs to be had.

*What do you think?
Are you surprised that the government hasn’t yet condemned the practice of unpaid internships? Do you believe that politicians don’t understand the issues — or is it that they simply don’t care?