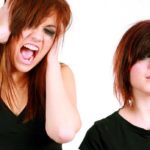 The Chancellor George Osborne has shown himself to be woefully out-of-touch with the reality of life for unemployed graduates.

In the new Budget announced yesterday, he announced a new package of measures supposedly designed to reduce soaring youth unemployment in the UK. His brilliant idea for helping young people into work? More unpaid work experience.

With a fanfare of trumpets, Osborne said he planned to increase five-fold the number of work experience placements on offer, from 20,000 to 100,000 over the next two years.

But – since this is an extension of an existing scheme – it seems likely that these will be unpaid, eight-week placements. Worse still, the are only open to those between 18 and 21 years old, so those who have taken a gap year or just completed a four-year course will not be eligible to apply.

The good news is that those who do the placements have been assured that they will still be able to claim benefits including Jobseekers’ Allowance (Under the current system, being unable to look for paid work because you’re doing an unpaid internship means you forfeit JSA). Apparently, this is what passes for government-subsidised work experience. You still don’t get paid for your work, but at least you don’t get your meagre benefits snatched off you.

Graduate Fog is seriously unimpressed. When will these people learn that unpaid work experience placements, internships, whatever you choose to call them – are not a solution to anything. These ‘opportunities’ are no longer leading to entry level jobs, they are replacing entry level jobs.

My fear is that these placements could actually end up making things worse for graduates. If an employer who is thinking about taking on a graduate for a paid, entry-level job but then discovers that they could join this government scheme instead and get somebody for free for eight weeks (and then somebody else after that), what possible incentive do they have for taking on a graduate on a paid, permanent basis? My other fear is the message this sends to those already exploiting young workers through unpaid internships. Isn’t Osborne is effectively condoning the practice of exploiting young people by putting them in to unpaid work on the promise that it’s ‘good experience’? We have already seen how many young people’s ideas about the value of their work are becoming dangerously distorted. (Have you heard of ‘Stockholm Syndrome interns’?)

If the Coalition really wants to help graduates, they should start start by clamping down on all the big companies that use unpaid interns – when they can well afford to pay them at least the National Minimum Wage. Then they should start on the small and medium sized companies and the public sector – before finally stamping out this unfair and unethical practice within non-profit organisations and charities.

Graduates don’t need more unpaid experience. It’s time to give you what they deserve – permanent graduate-level jobs which pay you a salary for your work.