Want to complain about internships? 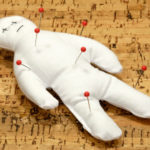 The UK’s army of unpaid interns is today being urged to stand up and be counted in a new survey that could directly impact the government’s policy on this important issue. Uniquely, interns will NOT be required to name their employer – or even to give their own name.

Yesterday Graduate Fog reported on the apparent invisibility of this vast tribe of young workers, so here is your chance to show that you DO exist – and you’re not happy. Interns have also reported huge flaws with the formal system for complaining about this issue (you have to go on the record – and why on earth would you do that?!) – so this really is a unique risk-free opportunity to make your voice heard.

If you have worked as an unpaid intern, interns’ rights campaigners (and friends of Graduate Fog) Interns Anonymous are giving you a golden opportunity to get your voice heard, by completing their quick online Q&A. The results will be presented at an evidence-gathering session by the Low Pay Commission (LPC), held on Friday 9th September in London. When you complete the Q&A, there is no need to give your name – or to name your employer.

If you don’t know the LPC, it’s the independent body which advises the Government about the National Minimum Wage. Based on the evidence they hear, the LPC creates an annual report, which always receives huge press attention – and that is likely to be even greater this year, given the economic climate.

The survey will take you no more than 2 minutes (unless you want to have a full-on rant, in which case there is plenty of space!) – and is easy peasy for interns to fill out (I’ve checked it myself). In fact, Graduate Fog predicts you’ll enjoy doing it. One of the questions is: “During any of your internships, were you ever expected to perform tasks you were uncomfortable with?” I’m dying to see the answers to that one.

Rosy Rickett – co-founder of Interns Anonymous – told Graduate Fog that completing this Q&A is the best way for interns to get your voices heard:

“The Low Pay Commission has said they are keen to hear evidence from anyone who has worked as an unpaid intern to get an idea of the scale of this problem. They are also looking for anecdotal evidence from interns, as this is particularly powerful. I would therefore urge all interns to complete this Q&A. The LPC’s recommendations are usually adopted by government so it’s really important to give them as much juicy information as possible.”

The LPC is also keen to hear from ‘non-interns’ – in other words, the thousands of graduates who feel they have been ‘locked out’ of their chosen profession because they can’t afford to work for free. If this is you, please email your views to lpc@lowpay.gov.uk

*DO YOU HAVE FRIENDS WHO HAVE INTERNED UNPAID?
Post a link to the survey on Facebook – or RT Graduate Fog’s tweets, telling them about this survey – and get them to tell their friends too. The interns’ rights groups (including Graduate Fog) are doing our best to campaign for you – but your stories are what will convince those in power that this is a serious issue that needs addressing NOW…