“Graduates, pay your debts!” says the man who doesn’t pay his TAXES 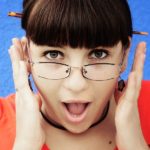 The man responsible for collecting debts from millions of graduates has been involved in an elaborate tax dodge on his £185,000 earnings – saving him the equivalent of the average graduate salary each year. The news is likely to anger tens of thousands of graduates struggling to pay their basic living costs, while keeping up to date with their student loan repayments.

Earlier this month, it was revealed that Ed Lester, head of the Student Loans Company, has been paid his salary via a private service company, without any tax being deducted, since 2010. This arrangement allowed him to pay corporation tax of 21%, rather than up to 50% income tax on his earnings. And on Friday, the Guardian revealed that Lester’s annual saving was likely to equal the average graduate salary of £26,000.

The facts were confirmed by a Freedom of Information Request to HM Revenue and Customs, which regular readers will know is the same body that is responsible for enforcing (or rather not enforcing) the minimum wage law for interns.

Appearing on Newsnight to discuss the issue, NUS President Liam Burn made BBC lawyers sweat by describing Lester’s tax arrangement as a “scam” (and yes, we’re leaving that word up until Lester’s lawyers tell us to take it down). Burn said it was “a kick in the teeth for students” – and when asked to admit that Lester had at least done a good job in his role, he remarked that it wasn’t too much to ask that the head of Student Loans Company was good at his job AND paid his taxes.

Newsnight – which broke the story – has also alleged that the arrangement was known to universities minister David Willetts. That’s right, he’s the same jelly-spined politician who you might have seen repeating the ancient statistic that people with degrees earn on average £100,000 more in a lifetime than without – even though most graduates doubt that figure is anywhere near accurate these days.

In Willetts’ time in his role, he has muttered about unpaid internships every now and then, but done absolutely nothing of real value to push this vital issue up the agenda, even though he is the minister responsible for it. Yet, if the allegations about Lester’s tax dodge are true, it seems Willetts’ IS capable of being effective when he wants to be.

Whitehall documents show that Danny Alexander, chief secretary to the treasury, was also in on the deal – yet he claims he was unaware of the tax consequences of it. As the Chancellor’s right-hand man, this seems somewhat alarming, at the very least.

Graduate Fog thinks that this story sums up lot about what is wrong with the current situation, the idea that it is one rule for them, and one rule for the rest of us. HMRC is happy to miss out on hug sums in taxes – from people like Lester – yet the Department of Business tells us that clamping down on unpaid internships is “not a good use of public money.” Why couldn’t that missing £26,000 be used to pay for one new HMRC staff member dedicated to phoning organisations that advertise publicly their intent to hire unpaid interns, warning them that doing so is illegal?

These very powerful people and government bodies have got their priorities backwards. Their collective failure to run a system that is fair to everybody is gradually chipping away at our respect for authority. When the government’s debt collector is dodging his taxes, why should any of us play by the rules?

*WHAT DO YOU MAKE OF LESTER’S TAX DODGE?
What does it say about HMRC’s priorities, when senior officials are allowed to dodge £26,000 worth of tax, yet it’s claimed that clamping down on unpaid internships is “not a good use of public money”?