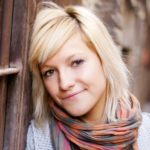 THIRD SECTOR’S TREATMENT OF INTERNS IS FAR FROM CHARITABLE, SHE SAYS

The legal loophole which currently allows charities to use unpaid interns must be closed, says the Labour MP Hazel Blears, who promised to push for a change in the law to ban the exploitation that has become widespread among not-for-profit organisations.

Speaking at the launch of a year of action on internships by the NUS on Monday, Blears likened the practice of using young, unpaid interns as “Victorian”. It is, she said, “the modern equivalent of sending children up chimneys.”

The event was attended by the TUCs Deputy General Secretary Frances O’Grady, the NUJ General Secretary Michelle Stanistreet, Intern Aware co-founder Gus Baker and NUS Vice President (Society and Citizenship) Dannie Grufferty, among others. When the panel’s discussion moved to the practices in the so-called ‘third sector,’ Blears expressed visible surprise when she heard that charities, social enterprises and NGOs are being allowed to hire unlimited unpaid interns – and that graduates are working for months unpaid in the hope that it might lead to paid work eventually.

After hearing how these organisations are taking advantage of a loophole in the minimum wage law to claim their unpaid interns are ‘voluntary workers’ who are not entitled to pay – even when their placements are full-time and last for six months or more – Blears promised to present a ten minute rule bill to the House of Commons, to close the loophole.

The loophole was originally created to protect the practice of genuine volunteering so that charities would not be forced to pay the minimum wage to those wishing to help out from goodness of their hearts. But there are growing concerns that an increasing number of charities, social enterprises and NGOs have seen it as an easy way to cut their staff costs as they struggle to secure funding and donations.

Graduate Fog has exposed the unethical practice within several of the country’s most well-loved charities. Last year, the National Trust recruited for an “Internship Scheme Co-ordinator” – that’s an unpaid intern to plan and implement their new unpaid internship scheme – lasting six months and not even paying expenses. Oxfam advertised for an unpaid “marketing executive” internship and “research and communications assistant” and Comic Relief recruited for an unpaid “broadcast intern” for a placement lasting three months. Since then, there have been too many more to investigate.

We welcome Blears’ determination to change the current situation for the thousands of interns currently working unpaid in the third sector – but we fear she will find it harder than she expects to outlaw the practice.

While we all know the difference between an intern and true volunteer is obvious to us, it is remarkably difficult to define in absolute terms. (Does it depend on the worker’s motivation for doing it? Or the nature of their relationship with their employer?) And, as the government’s controversial work programme has shown, our politicians seem hell-bent on maintaining the illusion that unpaid work is somehow the solution to youth unemployment. In fact, as most graduates know, it is already a big part of the problem.

However, hard and impossible are very different things. There IS a difference between a volunteer and an intern – and if we can nail it we can push for a change to be enforced.

*DO YOU SUPPORT BLEARS’ PLAN TO BAN UNPAID CHARITY INTERNSHIPS?
Should the practice be outlawed in the third sector – or should not-for-profit organisations be treated differently from private companies? How would you define the difference between a charity intern and a genuine volunteer?