Why parents should butt out of your job hunt 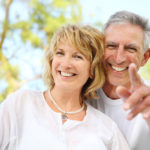 (AND WHEN YOU SHOULD INVITE THEM TO BUTT IN)

“They nag constantly. I know they’re worried, but they don’t seem to realise how hard it is.”

“They set up conversations for me with people I don’t know, without asking me if I’m interested.” “They think I should spend all my time job hunting. I want my life back.”

Sound familiar? Most of the grads I mentor live with at least one parent — and most of them wish they didn’t. Moving home after living independently at uni can feel like a backward step, even before the demoralising grind of job hunting starts.

The Graduate Fog Advice Zone is kindly sponsored by E.ON, whose 2017/18 graduate schemes are now open!
(Are they right for you? Click the image for more info)

But I believe that many grads make things harder for themselves by not setting clear boundaries with their parents. It’s all too easy to flip-flop between being a grown-up and reverting back to being a rebellious — and, let’s be honest, stroppy — teenager, falling into old patterns of behaviour. Parents are also often unsure about the realities of this new relationship (Parent / toddler? Lodger / landlord? Butler / A-lister?) so there’s confusion and resentment on both sides.

Rik — one of the graduates I worked with — was having problems with his dad. Rik said he was on his back continuously, making snide remarks about him lying in bed all day, and not pulling his weight around the house. In response, Rik admitted he was reacting like he did when he was 16 — lashing out and storming out of the house.

Another client — Chloe — said her parents got more nervous about assessment days and interviews than she did. They fussed continuously about what she should wear, do and say, just as they did before her A-levels and her interview for Oxford. She told me it was making job interviews harder.

Yet it hadn’t occurred to Rik or Chloe to sit down and discuss the impact their parents’ behaviour was having on them — and what they could do to be more helpful (and less annoying).

What do you expect of your parents in terms of support — and what do they expect of you? What do you think is reasonable? Do you want their help — or is butting out the most helpful thing they can do? And do they want more from you? Are you pulling your weight with chores around the house? And, even though you’re unlikely to be on top form at this difficult moment in your life, is it reasonable of them to ask you to contribute positively to the conversation at dinner time? If they feel they’re walking on eggshells, is that fair?

I also think if you don’t want advice from your parents, you should say so. If you don’t want them to set up meetings and conversations for you, tell them that. But remember that almost every parent has someone in their network who can help you get a job, interview or more insight into fields you might be interested in. So it doesn’t pay to be pig-headed about accepting help.

And I believe parents have rights too. I think it’s reasonable that the people who are providing you with food and shelter (whether you’re paying for it or not) should expect be updated about what’s going on, at regular, reasonable, pre-agreed intervals. The graduates I know who have diarised weekly catch-up meetings with their parents all wish they’d done it sooner. These graduates report feeling more in control. Their parents are relieved that they no longer need to nag because they know their offspring are in charge.

The secret of living peacefully with your parents when you’re looking for a job is clear boundaries and being grown-up enough to discuss everybody’s expectations and responsibilities. If everyone sticks to the deal, it’s win-win. And the result is a happier, more harmonious household.

*Are your parents driving you crazy?
What is the hardest thing about job-hunting from home? Have you talked to your parents about how things are going? Have you discovered the secret of being happy and independent while living at home?