Are things finally looking up for UK graduates? 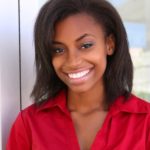 GRADUATE VACANCIES AND SALARIES WILL RISE IN 2013, NEW SURVEY PREDICTS

There could finally be some good news on the horizon for the UK’s job-seeking graduates – a new survey of the country’s top employers suggests that the number of vacancies will rise by 9% this year, following a slump in 2012.

The report comes from the Association of Graduate Recruiters (AGR), which interviewed 197 big graduate employers about their plans for hiring young employees in 2013. As well as hiring more graduates, the companies questionned said they also intended to pay their young staff more. Across this group, the average salary will jump by 1.7% to £26,500 with particularly good news for those hoping to go into finance and investment banking, where the average salary is a whopping £38,250 (yes, really). This is the first year that the average graduate wage has risen since 2008 – it was frozen during 2009, 2010 and 2011. Carl Gilleard, chief executive of the AGR, said:

“The results indicate a renewed level of optimism among organisations for the year ahead. With the graduate job market inextricably linked to business confidence, it’s reassuring to see that employers are committed to investing in graduate talent despite the backdrop of continuing global economic uncertainty.

“It’s also encouraging to see the starting salary rise and the prediction it will continue to increase this year to £26,500, following three years of standstill. The difficult economic climate means that the war for talent is more important than ever before, as organisations look to recruit and retain people who will give them a competitive edge.

“With the graduate job market inextricably linked to business confidence, it is reassuring to see that employers are committed to investing in graduate talent despite the backdrop of continuing global economic uncertainty. I appreciate that businesses, ever more so in the current climate, need to think very carefully about where to invest.”

This upward trend among the big employers is certainly good news for job-seeking graduates – but it is unlikely that many of Graduate Fog’s users will be celebrating just yet. Many of you have said before that that surveys like this – of the big graduate recruiters – are far from representative of the true situation faced by the majority of UK graduates.

The subject of the supposedly “average” graduate salary has been the cause of fierce debate on Graduate Fog in the past – as many of you insist you are earning nowhere near the figures quoted by reports like this one.
Many of you feel that the supposed “average” graduate salary is really just an average of some of the best-paying graduate schemes around, with the UK’s biggest employers. Most entry level jobs for graduates pay nowhere near £26,500. Many of you say you are thrilled to be paid the minimum wage – let alone anything close to £20,000.

And of course that’s before we’ve even touched on the tens of thousands of you currently working for free (or expenses-only) doing unpaid internships. Are these new figures really a sign that things are getting better for graduates – or only those lucky enough to find a place on one of the big graduate schemes?

*WHAT DO YOU MAKE OF THESE NEW FIGURES?
Are you pleased to hear that the number of graduate vacancies appears to be on the rise – and that graduate salaries will be growing too? Or are you sceptical about these figures – and whether they truly apply to all graduates, or are only representative of the small number of graduates who are lucky enough to find a place on one of the big graduate schemes?