Average graduate salary “£29,000” (as long as you’re on a prestigious grad scheme) 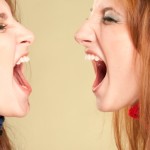 GRADUATES IN FINANCE JOBS EARN £45,000 – BUT WHAT ABOUT EVERYONE ELSE?

Graduate vacancies at Britain’s top employers – including M&S, Apple, Oxfam and MI5 – are at their highest since 2008, according to new research. There are 4.6% more jobs for new graduates this year than there were in 2012, High Fliers Research says – crushing previous estimates that vacancies would only increase by 2.7%. But experts warn that competition remains “fierce”.

This unexpected rise is certainly cause for some cheer. But news that the average graduate salary remains “unchanged” at £29,000 will trigger surprise among the UK’S many low-paid graduates who are struggling to make ends meet on salaries of less than £20,000.

So what’s going on? Well, the High Fliers survey sampled graduates working for 100 of the UK’s biggest brands – and found this to be the ‘median’ salary (the highest pay at entry level was at investment banks, averaging £45,000!). But it gives no clue as to the fate of all their friends, who didn’t make it on to one of these prestigious graduate schemes. How many of them are earning anywhere close to £29,000? Graduate Fog regularly hears from graduates earning the minimum wage – or nothing at all, as they battle to turn unpaid internships into paid jobs. Is this £29,000 figure representative of the majority of the UK’s graduates – or a tiny minority of those lucky enough to secure a place on a well-paid scheme?

“It’s great news for the Class of 2013. leaving university that graduate recruitment in Britain’s top employer sis now at its highest level for for five years and that many are expected to expand their graduate vacancies even further in 2014, but our research shows that competition for individual graduate jobs remains fierce.”

The survey also found that an average 46 graduates are fighting for every position for each position. Clearly this is still a large number – but at least it’s down from 53 applicants last year. Despite this year’s increase in recruitment, “vacancies for university leavers at the UK’s best known and most popular employers remain below the pre-recession intake seen in 2007,” says the report.

Just under half (48) of the 100 employers said they expected to hire similar numbers of graduates next year, 18 thought their intake was likely to increase, 13 warned it would probably fall while 21 said they did not yet know. One in six of the firms said it was planning to set social mobility targets for graduate recruitment. And the survey warns that many organisations have already filled all their graduate posts for 2013 through work experience programmes.

Public sector graduate recruits averaged a £22,000 starting salary and this sector saw one of the biggest expansions in recruitment, up by 18.6% in 2013. This was partly fuelled by the expansion of the Teach First scheme. Pam Tatlow of the Million+ university think tank said:

“This is a very good news story for graduates. It is still tough to get a job but studying for a degree remains one of the best ways of securing employment and a career. There are many university courses which allow people to study subjects that interest them and prepare them to get a great job. There is still time to apply to start a course this year.”

Graduate Fog is pleased to see some signs that the graduate job market may be picking up at last. But – speaking to graduates all day, every day, as we do – we know there is a long way to go before job-seeking graduates will be celebrating. Unpaid internships, zero hours contracts and low-paid contract work remains a big problem. So too is the ‘backlog’ of recent graduates still hunting for proper graduate jobs, a cumulative result of low levels of graduate recruitment over the last few years. It is unlikely they’ll be celebrating just yet.

*ARE YOU EARNING £29,000?
Are many of your friends? Does your experience suggest wild fluctuations in salary, depending on which industry you want to enter? Or is it all about the size of the employer – do bigger companies simply pay a lot more? What would you say is the true average graduate salary in the UK today? Please post your comment below!