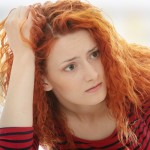 Graduates hoping to start a career in public relations are facing unprecedented challenges according to new research into the junior end of the industry’s jobs market, which reveals shocking exploitation of PR interns by their employers.

Half of interns working in PR earn less than the minimum wage — and a quarter aren’t even paid expenses (and don’t forget, many of these will be based in London). Three in ten young people said their longest PR internship had lasted more than six months — but only just over half of interns said their placement helped them to secure a paid, permanent job in PR. Small firms are particularly poor at remembering their legal and moral obligation to pay their interns a fair wage for their work.

The research — by the Chartered Institute of Public Relations (CIPR), which quizzed 400 of their student members — shows that internships are failing as a means of increasing social and ethnic diversity in the PR workforce and are not providing consistent learning and development opportunities for aspiring professionals. It should serve as a wake-up call for all industry professionals who currently have unpaid interns working at their firm.

The CIPR Internship Survey, undertaken as part of the CIPR’s commitment to advocate a best-practice approach to Internships in Public Relations, found that:

– Over half (51%) of those who had taken a PR internship were paid less than the National Minimum Wage. Over half of those interns said they didn’t even receive expenses

– 62% of PR internships undertaken are in the charity/voluntary, fashion/beauty and arts/culture sectors (estimated to be only 15% of the industry)

Alastair McCapra, CIPR Chief Executive, admitted that the findings showed that internships are not working as a mechanism for helping a wide range of graduates into careers in PR. He said:

“According to our research, internships are not meeting the expectations of interns or serving good employers particularly well.

“Internships should offer a route to gain practical experience and provide equal opportunities for new entrants of all backgrounds. Unfortunately, those employers who are choosing to not pay a fair living wage to interns appear to be missing a significant opportunity to introduce Public Relations to a new generation of professionals drawn from a far wider range of backgrounds than the current Public Relations workforce.

“Efforts to tackle this issue need to be directed at those employers where unpaid internships and internships lasting longer than a reasonable length of time are most prevalent. Good work has already been done, but the vast majority of internships are not provided by larger employers in the sector.

“Our code of conduct requires members to deal fairly and honestly in business with employees and fellow professionals. This includes interns and means that they should follow the advice in our ‘Internship and Work Placement Toolkit’, ideally paying interns a living wage. The CIPR will continue to investigate internships with the aim of developing a new approach that is fairer and more effective at tackling diversity in the workforce.”

Graduate Fog is well aware that graduates pursuing careers in PR have been exploited for many years. The industry was one of the first to start taking advantage of young workers who were desperate enough to agree to work for free. Although many of the bigger firms have cleaned up their act and now do pay their interns, this new research shows there is still work to do in order to ensure that smaller PR companies.

We know that there is an culture of entitlement among small businesses and new ‘start-up’ companies in all industries, who often argue that they simply can’t afford to pay their young staff (as if that somehow changes the law). We wonder, is this warped reasoning particularly prevalent in PR for some reason?

Whatever, it’s no excuse – and from these new figures it’s clear the industry needs cleaning up. The question is, will the PR industry do that itself? Or will PR companies of all sizes need to be forced to pay their interns a fair wage by officials enforcing the minimum wage law?

*HAVE YOU INTERNED UNPAID FOR A PR FIRM?
Was it a big company, or a small organisation? What were your experiences? How long was your internship and did it lead to a paid PR job? Or, did you want to work in PR, but found yourself locked out of paid jobs as you couldn’t afford to work for free first? Why is PR so bad at paying its interns a fair (and legal) wage for their work? Share your stories and views with us below…