Why do start-ups think they have the right to use unpaid interns? 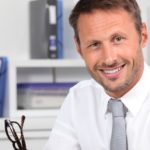 IS IT ARROGANCE OR IGNORANCE?

Yesterday, a start-up company approached Graduate Fog and suggested that I should pay THEIR intern.

Why is it that small, new companies think they can behave however they like – and that the National Minimum Wage laws don’t apply to them? And why do they seem to have so many excuses for not paying their staff properly?

Since Graduate Fog launched, we have seen many examples of big brands advertising for unpaid interns (stand up Harrods, Selfridges, Reed, Urban Outfitters, Tesco and Sainsbury’s). But another group are equally guilty – new, small companies or ‘start-ups’. The only reason I have so far avoided naming and shaming these companies is that there are so many of them – and I feel it’s a better use of my time to go after the big names, as stories about them have greater impact.

Now I think the time has come to talk about this issue – as I’m sure you’ve all seen countless ads for unpaid interns from teeny-tiny companies as well as big brands. Commonly, start-ups claim that as a small company, they simply do not have the budget to pay their intern – but they stress that the placement is a fantastic learning opportunity. I often get the sense that start-ups think that the normal responsibilities of an employer (both legally and ethically) do not apply to them, just because they are a new company.

Well, they do. The National Minimum Wage law, says that employers MUST pay anybody who is doing proper work for them – end of story. That company’s ability to pay is irrelevant. No budget for your intern’s wages? No intern. The question is, do start-ups know about the law – or do they just not care?

Yesterday, this email dropped into my inbox – and it made me laugh out-loud. In it, the start-up appeared to be asking ME to pay THEIR intern’s wages. I have deleted a number of details, for reasons that will become apparent:

I came across you by RT you yesterday after seeing [deleted] RT you. I am a big fan of supporting graduates into full time work and worked with [deleted] when they first started. I only graduated two years ago and found it very difficult to break into my now career. I managed it through an internship.

However, I am in a bit of a dilemma. I am about to start work at a very new (7 months old) digital marketing agency and have been tasked with recruiting an intern. We cannot afford to pay the intern any more than expenses. This is the job description:

The intention is to hire the successful candidate at the end of 3 months as there should be more cashflow by then, however as we cannot guarantee this we do not want to get the intern’s hopes up by telling them now.

My idea is that with your support recruiting the intern the intern will do SEO for your site (under my guidance) for a fee equal to the intern’s rate and that will enable us to pay the intern. They will get thorough experience in the entire digital marketing process and get some payment, you will get agency quality SEO for your site at a VERY good price and we will get a good intern.

I look forward to hearing your thoughts.

My THOUGHTS? My thoughts are that you should pay your own frigging intern – and that it’s outrageous to come to me with a begging bowl, expecting me to fork out for their wages, using a bizarre combination of pitching for business and emotional blackmail.

Your company’s ‘cashflow’ problems are not my concern – nor your intern’s. If you can’t afford to pay an intern, you can’t have one. Full stop.

However, I don’t think the sender of the email has a clue about this issue really. Her bosses might do, but I’m pretty sure she didn’t. So I took pity and have protected her identity (boy, I must be going soft).

Thanks for dropping me a line with your idea.

However, I must remind you and your employer that if it is your intention for this intern to do proper work for you, the National Minimum Wage law says that you MUST pay them at least £5.93 an hour (if they’re over 21). This is not optional – and your company’s ability to pay this person is irrelevant. Your company must pay the wage and the intern does not have the right to waive the wage – you are both seen to be undermining the law if you do.

Although there is some logic in your suggestion, I think it is deeply flawed. And I’m sure you did not mean to shock me – but you did! I run Graduate Fog myself, and receive no payment for all the work I put in. I would love to have an unpaid intern – but I can’t, because I can’t afford one. So the idea that I should be effectively paying for a member of staff whose wages your company should be paying seems upside-down to me, to say the least!

I have been meaning to run a story about start-ups using unpaid interns, so I will use your email in the piece. Don’t worry though, I will remove all mention of your name and your company’s name as I know you contacted me in good faith and I’m sure your approach was fueled by ignorance rather than arrogance.

Thanks again – and best of luck with everything,

Thank you for your response.

As you say I was making a genuine and honest suggestion which I thought would help. Thank you for informing me of the law in this case. As someone who personally completed a government backed internship scheme where I did not receive NMW (less than 2 years ago) I was most certainly not aware that this was the case.

I must ask that you do not use the content of my email in any way as I did not intend any harm and cannot risk that being reflected back on my employer. If you wish to paraphrase then that is fine but it was sent in confidence and seems unfair that my well intentioned action should have negative consequences. I would be very interested to read your suggestions of how start ups should act as an alternative to internships when your blogpost has been written.

I too wish your business the best of luck and apologise for shocking you. I am a big fan of businesses such as yours which support graduates in finding work and I like your site and would hate to think that I have inadvertently caused bad feeling towards me personally or my employer.

Now things were becoming clearer. If she did a government-backed scheme less than two years ago (which she naturally assumed was legal, what a joke), I can see how that might have skewed her logic.

Like many young people, my correspondent simply lacks the facts about the law. (And who can blame them, when the government sends such confusing messages about this issue? That a third of the vacancies on the Government’s own Graduate Talent Pool website are unpaid internships is a disgrace.) But that’s an important point in itself.

If we continue to fail to inform young people about their rights, what happens when those interns become managers and recruiters themselves? Will they assume it’s okay just to take on their own interns and simply not pay them? (After all, they worked unpaid, so it must be okay.) Because that’s pretty scary stuff.

Similarly, I accept that some bosses of start-ups may be unaware of the details of the law on using unpaid interns, mainly because the Government has not been clear enough – or firm enough – about this issue. They figure everybody does it, so it must be okay. But is that an excuse?

However sketchy their knowledge about the National Minimum Wage is, I believe that when company bosses take an unpaid young worker’s labour for free, they DO instinctively know there’s something wrong about that – if not legally wrong, then morally wrong. They could always do ten minutes of research into the subject, to check out what’s what – but they don’t. Instead, they choose to ignore that nagging feeling that something isn’t right here. But that doesn’t make them innocent.

*Have you experienced a start-up’s arrogance towards using interns?
Does it annoy you when they claim that they can’t pay you because there’s ‘no budget’? And if start-ups claim they don’t know about the National Minimum Wage law, does that excuse their behaviour?