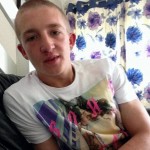 *Thinking dark thoughts?
We promise you’re not alone — and there is help available. Please contact PAPYRUS or the Samaritans now. Suicide is always a tragic waste and it’s never the solution to anything. For support from the Graduate Fog community, comment below or read what’s already been posted below our related stories Jobseeker, 21, commits suicide after two-year search for work and Student suicides rise – are graduates next?

A young jobseeker who committed suicide felt “demoralised” by visits to his local job centre and had “no self-esteem” after applying unsuccessfully for 40 jobs in three months, his family have said following an inquest into his death.

Martin Hadfield was 20 when he died in July 2013. Although Martin wasn’t a university graduate, many of Graduate Fog’s readers will empathise with his experience of coping with daily disappointment and rejection when job-hunting. Some of you who have sought work via your local job centre have told us you were disappointed by the quality of advice and support you received, and have urged that standards be improved, perhaps paying special attention to young people whose confidence may be particularly low.

Martin, who lived in Tottingham, near Manchester, had worked for his stepfather’s car valeting business after his GCSEs before getting a job as a landscape gardener and achieving NVQ qualifications. But in April last year he lost his job when the firm downsized. He unsuccessfully applied for 40 posts over the next three months — and most of these applications went ignored because he was ‘undercut’ on wages by younger and less experienced candidates, he felt. Martin died 24 hours after visiting his local job centre in Bury, near Manchester, where he was only offered a ‘follow-up’ appointment.

Speaking yesterday after an inquest into his death, Martin’s stepfather Peter O’Gorman described how the aspiring gardener “hated” going to his local job centre, saying:

“Many people go in with a sense of self-worth — they really do want a job — but come out feeling demoralised and put down. The human touch is so much better than looking at a name on a piece of paper. The bureaucracy is ridiculous.

“In the last months of his life [Martin] became a statistic to other people. He was a statistic by being out of work, a statistic when he went into the Job Centre and now he is a statistic by killing himself. Sadly this statistic seems to be growing, especially in boys Martin’s age who are struggling.

“On the day he died, his mum gave him some money for the bus home and instead he walked the five miles home and saved it for something important. That was the kind of boy he was, hardworking and with so much potential. Martin never claimed any money or benefits in his life. He got nothing off the government and was proud not to. He wasn’t like some people his age – happy on the dole watching Jeremy Kyle day after day.”

Martin’s flatmate Stuart Evans, 20, who found his body, told the hearing that his friend had been “getting more and more fed up” with his fruitless job hunt. Martin’s mother Annie O’Gorman, 50, said: “Martin was just a regular boy and he just didn’t think to talk to someone about what he was going through. It was just a tragic moment of madness.”

*ARE YOU STRUGGLING TO STAY MOTIVATED AS YOUR JOB HUNT PROGRESSES?
What experience have you had at your local job centre? What advice do you have for other jobseekers who are struggling to stay motivated? Do you have any tips for keeping your confidence up? Share your story or your views below…