Time is running out for firms still using unpaid interns 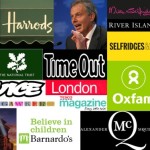 The Social Mobility and Child Poverty Commission has recommended a total ban on all unpaid internships after the General Election in May 2015, if employers don’t improve the situation by then. Alan Milburn, the former Labour Cabinet minister who chairs the commission, told The Independent:

“Some people can afford to work for free, but many cannot. The current system is blocking out individuals with high potential but modest financial means, from getting on the professional career ladder.

“If the professions are going to be truly representative of the society they serve, then they will have to do more to actively diversify their workforces.”

Although legal experts say most interns are already covered by the minimum wage law (which says that anyone done the job of a ‘worker’ must be paid at least the minimum wage), a new law could help to close loopholes and clarify ambiguities which some employers are using to wriggle out of cases brought by former interns.

Another important proposal is the so-called four-week rule. Currently, the responsibility falls on an intern to prove that they are a worker in order to gain the minimum wage. The four-week rule would shift the burden on to the employer. After the intern has been in a workplace for four-weeks, they must receive at least the minimum wage unless their employer can prove they are NOT a worker.  Although this seems like a small change, the campaign group Intern Aware believe it is a significant change in the law which will make interns’ complaints far easier to uphold.

Graduate Fog is always delighted to see the subject of unpaid internships being given the serious attention it deserves. As regular readers of this website know, this is not about young people whining about making the tea for free. Unpaid internships exploit those who do them and exclude those who can’t afford to do them. The practice has already been going on for far too long. Calling an end to it is long overdue.

*WILL THIS REPORT MAKE A DIFFERENCE?
What action would you like to see taken to make unpaid internships a thing of the past? Whose responsibility is it to stamp out unpaid internships? If the government and employers are reluctant to change the current situation, what should happen next?