Are TV internships to blame for the industry’s diversity problem? 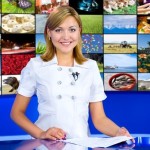 Veteran comic Lenny Henry has repeated demands for Britain’s TV channels and production companies to do more to open up the industry to talented young people from all social and ethnic backgrounds. But shouldn’t he have mentioned TV internships? After all, long periods of unpaid (or very low-paid) work are excluding all but those whose parents can support them financially.

Although many of the big channels – including the BBC, Channel 4, Sky, ITV and Channel 5 – have made attempts to improve the situation in recent months, Henry insisted that progress was too slow and on too small a scale.

He also appeared to question the impact of programmes aimed specifically at disadvantaged candidates, saying that “systemic change” was needed, including a challenge to the “whole economic model of television”. Henry’s concerns echo those of other working-class TV actors, including David Morrissey (who has slammed TV’s ‘intern culture’) and Julie Walters, who said “People like me wouldn’t get a chance today.”

Many of Graduate Fog’s readers have reported enormous difficulties when trying get a paid TV job, with one even telling us he went bankrupt attempting to build a career in broadcasting. 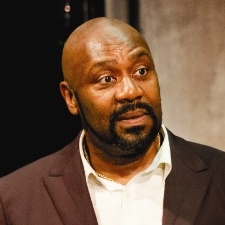 From reading your stories, it seems that there are many reasons why the industry has become so exclusive (and excluding). One is the need for hopefuls to complete long TV internships before their applications for the small number of junior paid positions that exist will even be considered. As these internships are often unpaid (or very low paid) those whose parents can supplement their income are more likely to survive this period than those whose parents can’t, especially if they are based in an expensive city like London.

Another is that internships and paid roles are often not recruited for fairly, and that those with contacts (particularly family members or close friends who already work in the industry) have a massive advantage over those without (although we note that it is still difficult even for them to turn experience into paid work). Unpaid ‘trial shifts’ have also become the norm in an industry that has realised there is an over-supply of media graduates so desperate for experience that they will work for free.

So, today we’re asking Graduate Fog’s readers: Why do YOU think that TV is still so white and middle class? Are the industry’s recruitment processes – including TV internships – to blame? Or is it the case that TV bosses simply keep hiring more people like themselves? If you’ve tried to break into TV, what has your experience been – and what can the industry do to make access fairer to talented young people from all social and ethnic backgrounds? Is it possible to get a TV job if you’re not from a wealthy background? We’d love to hear your views and stories, so please share them below!