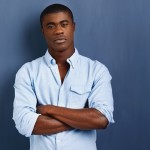 Yes, this is the UK – and yes, this is 2016. Yet shocking new research has revealed a “massive pay gap” between the UK’s white graduates and their ethnic minority friends.

A jaw-dropping study by the TUC found a 23% gap in hourly pay between black and white university graduates and a 10% gap between all ethnic minority graduates and their white counterparts. Black graduates earn on average £14.33 an hour, compared with £18.63 earned by white graduates, the report says. The TUC general secretary, Frances O’Grady, called for the government to tackle pay discrimination, telling the Independent:

“These are very worrying findings. Black and Asian people face a massive pay gap, even if they have a degree. This is not about education, but about the systemic disadvantages ethnic minority workers face in the UK.”

The research follows a study reported in the Observer that found ethnic minority graduates in Britain were much less likely to be employed than their white peers six months after graduation — and many earned less for years afterwards. There is also evidence that candidates with ethnic sounding names are less likely to be invited for interview.

The news is shocking, but the trend is not new. We first reported that black graduates were three times more likely to be unemployed back in May 2013.

Clearly, this is deeply troubling news – but what do you think are the reasons behind it?

The Runnymede Trust, a leading race equality think tank, has previously found that pay gaps are not due to the type of university attended, as they even extend to black workers with degrees from the most selective Russell Group of universities. So what is going on?

There is no doubt that some UK employers are racist, whether intentionally or subconsciously, and much more must be done to improve diversity within workplaces. But Graduate Fog wonders if there are other factors at work too, which are only indirectly related to race. The Government is keen to hold universities to their targets for applications from ethnic minority students, but is the problem happening after university?

For example, we wonder whether ethnic minority graduates are statistically less likely to have the contacts and confidence that the most successful graduates have (research has pointed to privately-educated graduates being more likely to ‘blag’ higher salaries)? Are they less likely to be able to afford to fund the long, unpaid (or low-paid) internships that have become a must-have for those applying for the best graduate jobs?

Whatever your experience or background, we’d love to hear your views and theories, so please share your thougs below. Thank you!