National Trust internships ARE open to “a wide range of people”, charity insists (despite being unpaid and lasting up to six months) 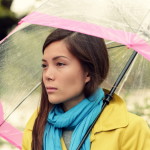 * OOH! OUR STORY HAS BEEN PICKED UP BY THE TIMES, THE GUARDIAN AND THE DAILY MAIL*

The National Trust has insisted that its unpaid internships are not exploitative and are open to “a wide range of people,” despite many of the positions lasting up to six months at a time.

Graduate Fog regularly hears from young people desperate to start their career in the charity sector, but who are thwarted as they can’t afford to do the long unpaid internships that are now required of them before they will be considered for paid jobs. This website has written before about how we feel a loophole in the minimum wage law (originally designed to protect genuine volunteers from needing to be paid) is now being taken advantage of by many charities, who view it as a licence to gain unlimited free admin support from graduates.

Among the 33 unpaid internships currently available at the National Trust are many at its headquarters, including a ‘Campaigns and policy internship‘. The successful candidate will “help develop strategic advocacy opportunities” and “research, analyse and summarise” government policy announcements. The unpaid role is three days a week for six months, and travel and lunch expenses are paid. As Graduate Fog founder Tanya de Grunwald told The Times:

“The National Trust appears to be using a loophole in the law to get unlimited free support, usually from recent graduates,” Tanya de Grunwald, the founder of Graduatefog.co.uk said. “Anyone who can’t afford to work for months without pay won’t be able to start a career in charities. We’ve got to the position where working for a charity has become a luxury and charities exclusive clubs.

“Charities are way behind the curve on this and they need to wake up. The chief executive gets well paid and they often have fancy head offices but don’t seem to have enough money to pay junior staff for real work. It’s unfair and exploitative.”

Alec Shelbrooke, a Conservative MP who has campaigned to tighten the law, agreed:

“The National Trust is a wealthy charity so it is morally corrupt to get young people to intern for free.

“Unpaid internships only help those from the higher echelons of society who have independent wealth and that’s not fair. If two kids from different backgrounds have the same qualifications, it’s the one who could afford to do the unpaid internship that gets the job and that perpetuates the class divide.”

But Nick Foley, a spokesman for the National Trust, defended its internships, saying:

“We believe that voluntary internships provide a great opportunity to involve a wide range of people in our work at the same time as gaining work experience of direct benefit for their future careers. We ensure opportunities are as flexible as they can be to allow time for paid work, job seeking, alternative training and on-going studies.”

This website has challenged the idea that charity internships are okay if they are part-time. We reported that Oxfam interns were turning up to work at the charity exhausted, as they were working evening and weekend jobs in order to survive.