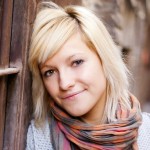 Cancer Research UK today announced that from June 2018 all its internships will be paid — making it the first big UK charity to abolish unpaid internships, and heralding what is likely to be the beginning of the end of the practice in the charity world. The National Minimum Wage law allows charities to have unpaid interns, but the sector has faced criticism that the practice takes advantage of those wanting to start their career in the Third Sector, and is a barrier to those unable to work for free.

Over the years, Graduate Fog has named-and-shamed numerous well-known charities for relying heavily on unpaid interns. The list includes Oxfam (where we’ve heard interns turn up for work exhausted as they work evening and weekend jobs to make ends meet), London Zoo (which advertised for an unpaid intern with a Master’s degree) and the National Trust (which has so many unpaid interns it needs an unpaid intern supervisor – also unpaid – to manage them. Bizarrely, the National Trust insists all its internships are “open to a wide range of people” despite not paying a wage).

Cancer Research UK’s move comes as part of a broader drive to improve equality, diversity and inclusion (EDI) within the organisation. The charity says it is committed to creating an inclusive culture where everyone is able to reach and contribute to their full potential.

From now on, the charity’s interns will be paid the National Living Wage. Those based in London will receive a London weighting allowance of £3,750 pro-rata’d for the duration of their internship.

This works out at a total payment of approximately £4,153 for a London-based 12 week internship. Previously, interns received only travel and lunch expenses – which the charity now admits was not enough.

Importantly, Cancer Research UK has assured donors that the interns’ wages will be funded through each department’s existing budget, meaning no increase in the amount of fundraising cash being spent on junior staff.

The 12-week internship programme will be open to school leavers (aged over 18), undergraduates, graduates and career changers an opportunity to develop their skills and gain work experience.

The charity says that successful applicants — who are looking to start their career in the sector — will gain a unique insight into working for a charity, whilst playing their part in the fight against cancer.

Sir Harpal Kumar, CEO of Cancer Research UK, said he was proud of the charity’s decision to lead the way in changing a recruitment practice that had unfairly excluded too many young people from careers in the sector. He also made clear that an organisation’s charitable status should not be a licence to exploit or exclude anyone. Sir Harpal said:

“This is a complex issue but we felt it was the right time to tackle it. It is not right that those who can’t afford to intern unpaid should be excluded from gaining essential experience in an organisation like Cancer Research UK.

“We are now drawing a clear distinction between our thousands of volunteers, who give their time altruistically, and our interns, who are keen to start their careers in the charity sector.

“However, as one of the first big charities to make such a move, we will continue to listen carefully to feedback from interns, volunteers, other staff and supporters.

“Our internship programme has consistently been recognised as one of the top schemes in the country and I’m sure it will continue to be regarded highly within the sector and beyond. We look forward to welcoming our first wave of paid interns into the charity this Summer. It is more important than ever for the public to feel they can trust big charities to operate to the highest standards.”

In response to the news, Tanya de Grunwald, founder of Graduate Fog, said:

“This is a huge step forward for Cancer Research UK, people who’d love to work there, and the charity sector as a whole. Somewhere along the line, true volunteering and junior charity jobs became conflated, with neither being paid. Disentangling them now is not easy — but there is a difference and it’s important to be clear about it. Volunteers don’t want to be paid; interns will be grateful for the wages they need and deserve.

“I applaud Cancer Research UK for grasping the nettle. It’s sticky, time-consuming work and nobody likes to admit they need to correct something like this. But in this day and age that’s what leadership looks like. Now Cancer Research UK has provided a template it will be easier for other big charities to follow suit.”

An important piece of the puzzle has been nailing the difference between an internship and true volunteering. Breaking new ground, the charity has drawn up a useful checklist to distinguish between the two, which other charities can now to use as a template. Sarah Jepson-Jones, Head of Talent and Leadership Development at Cancer Research UK, said:

“We’ve taken time to consider the negative impact of unpaid internships. We’ve also had to think about them alongside volunteering roles, so we’ve created a checklist to make the difference clear, taking into account the nature and duration of the role, and the motivation of the person doing it.

“We want to be the employer of choice for talented individuals early in their careers. We are committed to removing barriers to entry that may disadvantage people from a range of different backgrounds.”

Cancer Research UK expects to hire between 70-100 paid interns between April 2018 and April 2019. While this is a slight decrease on previous years (around 180) — reflecting the increased cost — the quality and value of the opportunities will increase, both for the charity and the interns who do them. Fair internship campaigners – including Graduate Fog – have advised Cancer Research UK this is a beneficial trade-off.

Internships are available across the charity, typically for a duration of 12 weeks although needs of the business may vary. Paid internships will take place across the organisational departments, including Fundraising & Marketing, Events, Corporate Partnerships, Policy and Information, and Science Communications.

Paid internships will be based in London, supporting head office teams, or regionally, supporting Cancer Research UK’s teams across the country. From April, the charity plans to improve the career progression path from our internships to permanent roles within the organisation.

Are you a journalist? Download the press release here

* IS IT TIME ALL CHARITIES ABOLISH UNPAID INTERNSHIPS?
What do you think of Cancer Research UK’s decision? Do you agree that there is a difference between interns and true volunteers? Now that one big charity has made this change, should others do the same immediately? Should the rules be different for smaller charities and, if so, how?