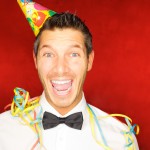 RE-LIVE THE HIGHLIGHTS OF OUR BRILLIANT YEAR!

Graduate Fog is loving the shiny newness of 2011 already – but just wanted to take a moment to remind you of what we all achieved last year. Below is a list of our top 10 most popular blog stories – is your favourite there?

2 Dragons Den multimillionaire wants you to work for free
Didn’t James Caan think it was a teensy bit shameful to be recruiting for unpaid interns to work at his charitable foundation? You definitely did…

4 Wondering why it’s so hard to break into journalism?
Many of you are battling to become paid journalists for national newspapers – so when tin-pot local rag the Vine expected you to write for nothing, your answer was clear: NO!

5 Now TESCO recruits unpaid interns!
Evidently, ‘Every little helps’ when it comes to cutting costs at Tesco magazine – the company that produces the publication doesn’t pay its most junior staff. Shockingly, the supermarket didn’t seem bothered at all – but you were…

6 Sneering journalists betray unpaid interns
Are journalists undermining the case for interns to be paid, by allowing their own experiences to cloud their judgment? Or is the issue going unreported because pretty much EVERY news outlet uses their own unpaid interns?

8 Seven big brands face unpaid intern inquiry
Should we report the unpaid internships we’d seen advertised – even if that risked several young workers having their precious opportunities dissolved? You were unanimous – the greater good must come first…

9 Are there too many media graduates?
Growing number of media graduates + shrinking media industry = nightmare scenario for many of you. Are “easy sell” courses like this just a racket for cash-strapped universities – and a con for students?

10 Prospects scolds Graduate Fog
A ‘depressed’ student posted on Prospects’ forum. Prospects’ advice sucked. I gave her some better advice and suggested a helpful page on Graduate Fog. Prospects removed my post, declaring me a ‘competitor’, despite being tiny compared with them. I thought this was pathetic behaviour – and you agreed!