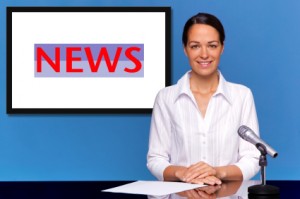 Are there still jobs for trainee journalists? Yes, says Rose Hamada, 30, who has just bagged one at Reuters.

But pursuing a career in this popular industry is not for the feint-hearted, she warns. Risk and uncertainty are part of the deal now, as journalism faces huge challenges…

Congratulations Rose! You’ve achieved the impossible — a permanent job in journalism. What’s the role?
“Thanks! In a couple of weeks, I start work as the new assistant news producer on Insider TV, an economics and market show at Reuters. It’s a permanent job and it’s pretty well paid so I’m happy. I’m particularly pleased because my career suffered a ‘false start’ when I first graduated [from the University of Southampton with a 2:1 in Economics, in 2002]. I took a job as an actuary and then a financial analyst for a couple of years, which I soon realised wasn’t what I wanted to do forever. So I switched and studied for a Journalism MA at Brunel, which finished in October 2009.”

So tell us — how did you get your new job?
“I juggled unpaid work experience, freelance cmmissions and shifts. I knew I couldn’t afford to work for free for long, so I was really focussed and first targeted all the places I’d like to work permanently. Then I kept moving and building my contacts. I worked for about four months completely unpaid, which I had to borrow money for. Then I was offered some paid shifts at the Guardian, which paid £85 per day. They’d call me in when permanent staff members were on holiday — or just when they were extra busy. I was on a month’s placement at Reuters (which paid expenses only) when the role came up there. I was lucky — I’m sure the fact they already knew me gave me a big advantage over other applicants. I did dozens of formal applications too — and got absolutely nowhere that way. Every ‘break’ I’ve had has been through meeting people, networking and using my initiative.”

NEXT: What about applicants who can’t afford to work for free?