“We must enforce the minimum wage laws for interns” says minister 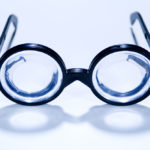 HAVE DAVID WILLETTS’ NEW CONTACT LENSES GIVEN HIM CLARITY AT LAST?

It is the first time that Mr Willetts has said this publicly since the “Clegg up” scandal at Easter, which saw the internships debate turn into an undignified squabble about hypocrisy and nepotism, as David Cameron and Nick Clegg appeared to contradict each other over the issue.

The universities minister was speaking at the launch of a new set of guidelines about what makes a decent internship, the ‘Common Best Practice Code for High-Quality Internships’, which he said he was “pleased to endorse.” Attending the event at the Institute of Chartered Accountants with friends from Intern Aware, Internocracy and the NUS, Graduate Fog was pleased to see that Willetts seemed to have finally got the message that unpaid internships are a very serious issue (unlike his leader David Cameron, who remarked in April that he was “very relaxed” about internships).

Willetts called the guidelines “an important step” towards widening access to the professions and insisted that “internships do matter for social mobility”. He said that “open and fair access to internships” were one of three important areas that need to be addressed, in order for the current situation to be improved (the others were access to universities and alternative routes into the professions, other than through university).

The code is designed for employers in ‘the professions’ including accountancy, law, science and medicine, so Internocracy’s Becky Heath asked how this would be spread to other industries renowned for exploiting interns – in particular the world of politics. At this point, Willetts outlined the only exemptions to the National Minimum Wage legislation and said of himself and his colleagues: “We need to be aware of those rules and comply with them.” He went on to say that:

“If you are a ‘worker’… as defined by the law… then you should be paid the National Minimum Wage and it’s right that should be enforced and that’s what HMRC [Her Majesty’s Revenue and Customs] must do.”

These comments are significant because Willetts’ is confirming that the responsibility for policing internships DOES lie with his department.

As regular readers of Graduate Fog will know, the current failure to enforce the NMW when it comes to interns is a major bug-bear. In October 2010, the Department of Business told Graduate Fog that enforcing the law for interns was “not a good use of public money,” which I still find an astonishing statement to make (especially in writing). In September 2010 we reported the fact that only SIX prosecutions for NMW evasion had been made in the last four years (Why pay your interns – when nothing happens if you don’t?). We have also reported on how difficult it is to report those who exploit their interns (Do not report unpaid internships to this autoresponder).

Here are some highlights from the new code, which comes from the Gateways to the Professions Collaborative Forum, whose Executive Group is chaired by Willetts. The guidelines say that interns:

Must be paid in line with the National Minimum Wage legislation. “Internships must comply with all current employment legislation provisions. National Minimum Wage (NMW) legislation ensures that all workers in the UK who are over compulsorty school leaveing age are entitled to be paid at least the NMW, unless they are coverede by dn exemption in the LMW legislation. ‘Worker’ has legal definition and depends upon the existence of a contract of employment or any other comtract to personally perform work or services.These contracts can be written, oral or implied. the NMW is a minimum standard. If employers pay bout the minimum wage, they are more likely to attract high-calibre candidates.”

Should be informed before the internship begins if there is a chance for the role to become permanent. “The job advertisement should state clearly the length of the internship: propspective interns should be advised at interview of the employer’s policy on the extension of an internship position to a full-time contract.

Must not be treated as dogsbodies “Employers should provide interns with work that develops their skills – an intern’s structured work plan should contribute to their professional and learning objectives and should be open to revision.”

Should be free to pursue permanent jobs elsewhere “Employers should allow interns to attend job interviews or complete study requirements as necessary.”

The only question mark was whether the authors of the code recommends that the code be applied to all interns, regardless of the length of their placement. The section “What is an internship?” says:

“For the purpose of this common best practice code, the duration of high-quality internships can vary from at least six weeks to no longer than 12 months (one year) but will typically last around three months, depending on individual needs.”

Does this mean that those organisations who run internships lasting last less than six weeks are not expected to comply with the code? It is unclear.

Overall, the interns’ rights groups welcomed the new guidelines – although they questioned how effective a voluntary code would be without enforcement. There were also questions about why this code had some from the finance sector – when this is not an industry that is known for exploiting interns.

“The code is very encouraging. It is valuable that it recognises that pay is not an optional extra but a bare minimum for “workers”. Our only concern is that it seems to ignore internships lasting less then six weeks. Of course, the big question will be prepared to back up these words with concrete action, by instructing to HMRC to actively enforce the law.”

“Since the Milburn report cited internships as a key factor in social mobility, we have seen the formation of various panels and groups, yet we have more unpaid interns today than we have ever had — and this trend will continue to grow as our young people become ever more desperate and ignored by politicians.

“Hundreds of thousands of interns are relying on David Willetts to tackle the exploitation of labour that they face every day. A voluntary code of practice just won’t cut it — although it’s a great PR exercise for the government.

“The formation of Professions for Good [a second initiative, announced yesterday] is, again, another step in the right direction. However unpaid internships are much more prevalent in sectors not represented in this group, such as politics, media and charity. These popular career choices have the highest incidences of intern exploitation — when will Willetts tackle the real issues affecting graduate jobseekers?”